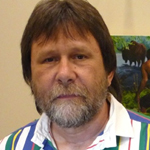 Bob is Vice President and Principal Investigator of Southeastern Archaeological Research, Inc. He holds a Ph.D. in Anthropology from the University of Florida and a M.A. in Public Archaeology from the University of South Florida. He has worked as a Florida archaeologist and lithic analyst for over 30 years. His comprehensive analysis of lithic artifacts from the Pineland Site Complex appears in Monograph 4. 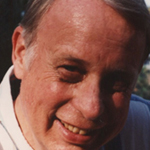 Robin is a retired physician who has contributed significantly to Florida archaeology by means of replicative experimentation. He worked with curators, graduate students, technicians, and volunteers associated with the Anthropology Division of the Florida Museum in preparing his book about Florida’s human prehistory, Florida’s First People. He is co-author of a chapter on wood and cordage from Pineland, published in Monograph 4. 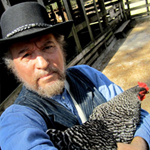 Merald is an anthropologist, artist, scientific illustrator, historical re-enactor, and educator. He received his B.S. from Michigan State University in zoology, a B.A. in biological illustration from University of Florida and his M.A. in anthropology, also from UF. He illustrated many of the artifacts published in our books and papers, and his artist’s conceptions of Calusa life have greatly enhanced our publications and exhibits, including the Calusa Heritage Trail. His chapter on Calusa masks and figureheads appears in Monograph 4. 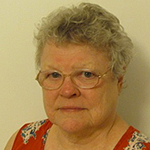 Gloria graduated from the University of Nebraska Lincoln in the History of Textiles and Quilt Studies Master of Arts program in 2010. She completed two Florida Museum internships working with Karen Walker and Elise LeCompte, which included developing a new condition-reporting form specific to Seminole/Miccosukee objects. In 2013 she became curator of the Virginia Quilt Museum. 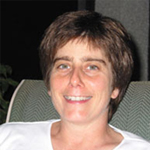 Susan is a Professor in the Anthropology Department, University of Florida. She specializes in zooarchaeology, focusing on faunal sites excavated in the Moquegua Valley in Peru, and also from various West Indian islands and the southeastern U.S. Her research is interdisciplinary, with an emphasis on both the dietary and the environmental realms. With Karen Walker, she co-authored the chapter on Pineland zooarchaeology in Monograph 4, and her zooarchaeology students continue to be involved in the analysis of Pineland samples.

Stacey is a 2015 graduate of the University of Nebraska-Lincoln, History of Textiles and Quilt Studies Master of Arts program. For her M.A. thesis project, she curated the exhibit “#Nativemade: Seminole and Miccosukee Patchwork” at the International Quilt Study Center in Lincoln, Nebraska. The exhibit focused on how social media is influencing the way Seminole and Miccosukee tribal members share their native patchwork craft traditions. Stacey has also volunteered in the past with the Florida Seminole and Miccosukee collections with Bill Marquardt and Karen Walker and worked at the McGuire Center for Biodiversity and Lepidoptera. 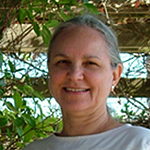 Sue Ellen began her career as teacher of sciences and mathematics in middle and high schools after receiving her B.A. from Michigan State University. Her skills include computer programming and graphic arts. After interning as a scientific illustrator for the U.S. Fisheries and Wildlife Service, she began illustrating for the South Florida program as a volunteer in 1991 and was subsequently hired as an illustrator in 1992. She has served as artist, illustrator, and desk-top-publishing specialist for several publications, including Monographs 3 and 4. 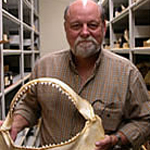 Irv is a zooarchaeologist who has been associated with the Southwest Florida Project since 1986. He holds a joint appointment as the collection manager in the Environmental Archaeology Program and as a Museum research associate. Throughout his career, he has focused on the zooarchaeology of maritime people of southeastern North America, Caribbean, and Central America. He is among the first zooarchaeologists in the Southeast to apply techniques in mollusk sclerochronology (study of growth rings) as a tool to estimate the seasonality of archaeological sites and the impact of humans on their environment. Many of his publications are directly part of or strongly influenced by his work at sites on Pineland and Useppa Island. 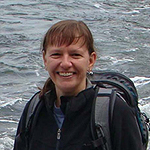 Donna is Associate Professor of Geochemistry at the University of North Carolina, Chapel Hill. Her research interests bridge the fields of paleoclimatology, paleoecology, archaeology, and low-temperature geochemistry. Her projects focus on isotopic proxies of climate and ecological change contained in accretionary, hard-part remains of coastal marine shellfish and finfish from Holocene archaeological deposits and Neogene fossil deposits. Her studies have included paleoclimatic studies of archaeological catfish otoliths and quahog clams from Pineland, in collaboration with Karen Walker. 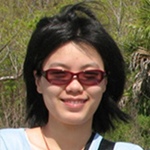 Ting completed her Ph.D. in Geochemistry at the University of North Carolina, Chapel Hill in 2011. In collaboration with Karen Walker and with her mentor, Donna Surge, she has undertaken paleoclimatological research on archaeological clam shells and catfish otoliths from Pineland. Ting’s M.A. thesis focused on specimens dating to the cool Vandal Minimum period. As part of her dissertation project, she analyzed Pineland specimens from the Roman Warm period. 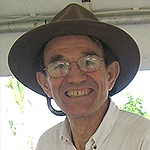 Dick is a biologist with a strong interest in environmental conservation, focused especially on preserving Florida’s native plants. He has lived in Florida since 1973, when he moved here to direct the Sanibel-Captiva Conservation Foundation. Now a professional environmental consultant, Dick is an accomplished artifact replicator and often participates in Randell Research Center public events. He is author of the book Growing Native.