These very small, bumpy frogs have a distinct Y-shaped pattern on their backs. Their call is similar to a cricket. They are found throughout most of Florida and look very similar to the northern cricket frogs that only live in the Florida Panhandle.

Very small and warty, usually .5 to 1.5 inches long. Coloring is gray and tan to green or brown, with patches of yellow, green or black. They often have a noticeable Y-shaped color pattern on their back in a distinct tan, green or red-brown.

Special: There are two dark stripes the length of the backs of their legs. If it has only one stripe, it is a Northern cricket frog! Also, their snouts are a little more pointed. 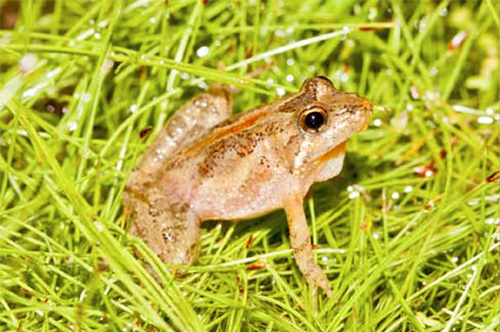 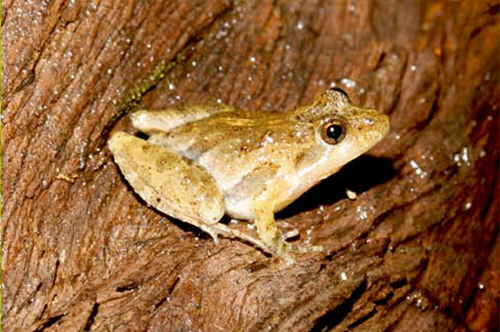 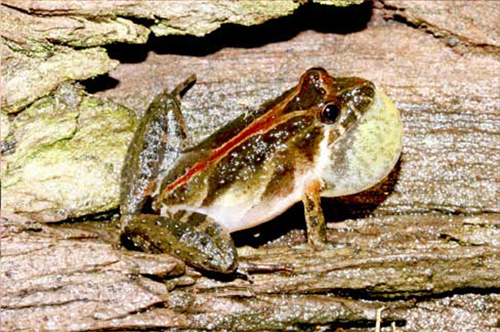 Southern cricket frogs live in and around almost any freshwater habitat from swamps and wetlands, to ponds and man-made drainage canals. Although they generally live around these breeding habitats, they are sometimes found upland in drier habitats, but being aquatic, they return to water to mate and reproduce. 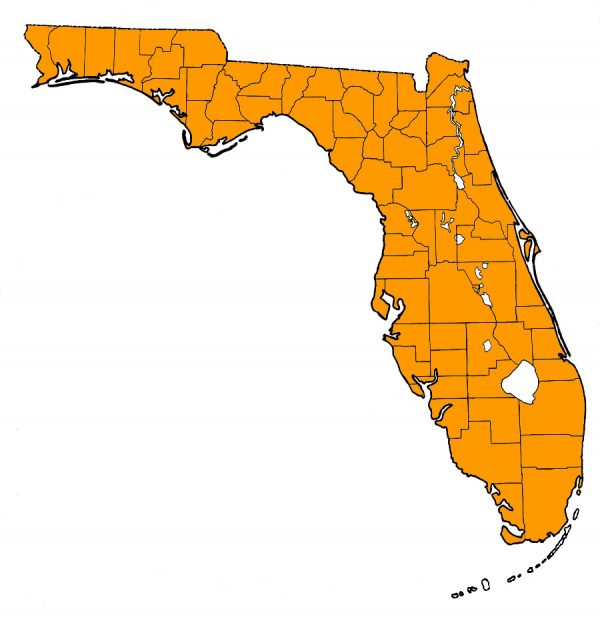 ‘Dinosaurs of the turtle world’ at risk in Southeast rivers