David Steadman invites the Internet to ask him anything

David Steadman, our scientist-of-many-trades and curator of ornithology, recently hosted an “Ask Me Anything” (AMA) session on Reddit.com.

For non-Redditors, an AMA is a conversation where a guest, famous or unknown, fields questions from Reddit users in real time. It’s the Internet equivalent of a call-in radio interview, but in a community known for being smart — and smart-mouthed. This type of forum allows for informal, wide-ranging discussions among a diverse group, with the rest of the Internet sitting in the audience.

In an online space where anything can happen, Steadman tackled Redditors’ questions about extinction, birdsong, how he ended up where he is now and which island he most wants to visit.

The full AMA discussion can be read here, but we’ve collected a few of the top questions and answers below.

David Steadman: It’s the Elegant Trogon, which I enjoy seeing each year in the remote canyons of northern Mexico. It’s got spectacular colors, unusual behavior, and it’s a good indicator of healthy habitat. If the habitat is wrecked, there are no Trogons. Trogons feed only on the wing. If there’s a fruit on a tree, it hovers to eat the fruit. Similarly, if there’s an insect, it also hovers to pluck it and eat it. They have a low metabolic rate. They’re almost like a sloth!

peanut_jam: What you’re doing is amazing. I hope to work in a research setting for either a university or museum. How did you end up where you are right now? What choices in your academic and career led you to working where you are?

Steadman: I never allowed myself to be pigeonholed into a single discipline, and I always welcomed working with people from very different backgrounds. I avoided becoming over-specialized at a young age.

Museums based at universities provide great ways to pursue this goal. If you’re interested at museum work and are a student, consider volunteering or working at a local museum. A lot of our curators started out that way!

StreamLined256: Why do tropical birds tend to be such much more colorful than other kinds?

Steadman: There’s no simple answer, honestly. This is a topic that has been studied and debated for 200 years. One thing to keep in mind is that birds see color differently than we do. They have four cones on their retina and can see a wider spectrum of colors than mammals can. They can even see UV. Some birds we regard as dull might not be dull to other birds.

the_michael_lee: Are you seeing evidence that we are in a major extinction event? What would you say to people who say extinction is just a normal part of the process as we are not undergoing a mass-extinction event?

Steadman: Extinction, just like evolution, is a natural process. The reason why we are undergoing an extinction crisis today is that the current rate of extinction is about a hundred times greater than the natural rate. Because of this, whatever natural extinction might be taking place is utterly swamped out by human-caused extinction.

age_of_rationalism: May not be your neck of the woods, but is there any correlation between the songs of birds and the songs of other animals (cetaceans, humans, etc.)? Thanks.

Steadman: The voice box of a bird is completely unique in the animal world. The best singers have lots of pairs of muscles that can stretch the voicebox in any direction and produce a huge range of sounds, almost like a pipe organ. Birds are extremely vocal and visual, but don’t have much of a sense of smell. If you saw the voice box of a canary, you’d think, “Oh my gosh, I wish my voice box was that sophisticated.”

Katherinewhite: What do you consider to be the most rewarding/enjoyable aspect of your work?

Steadman: Teaching students of all ages to learn about and appreciate nature. 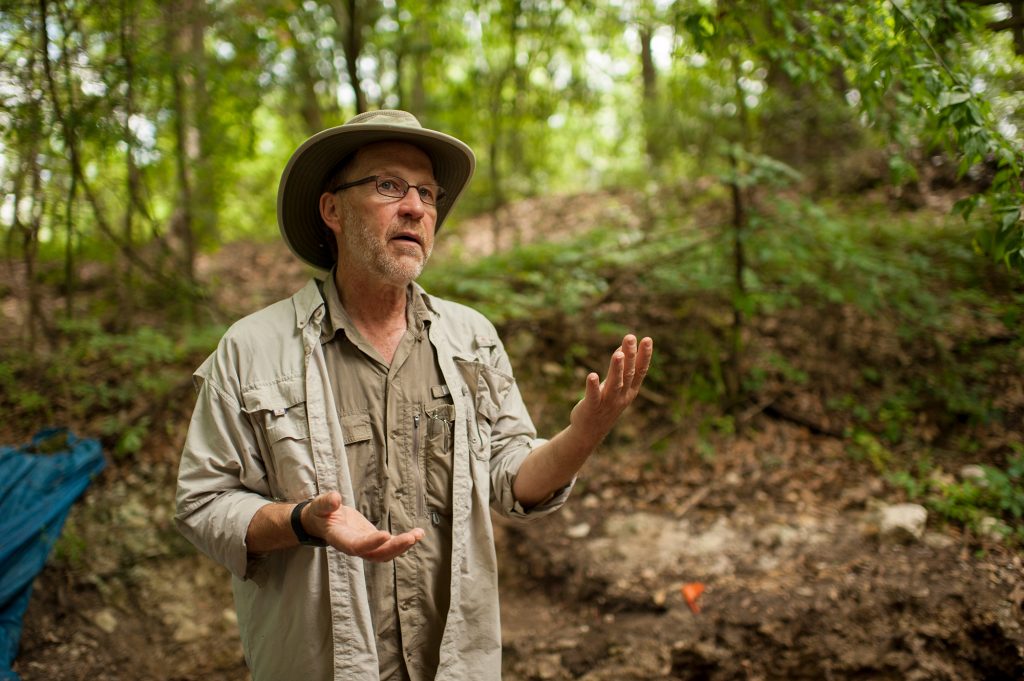 David Steadman speaking on site at the Thomas Farm dig. 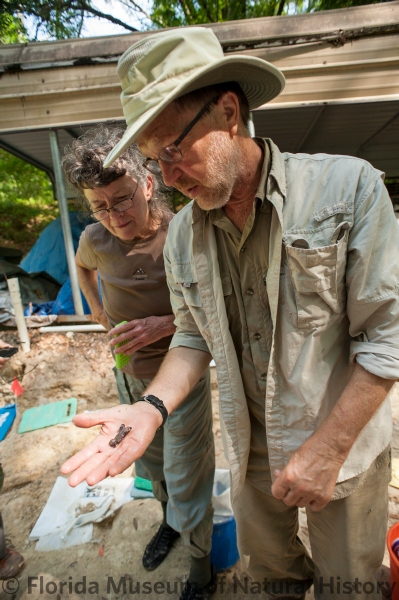 Steadman works with volunteers at the Tomas Farm dig site. 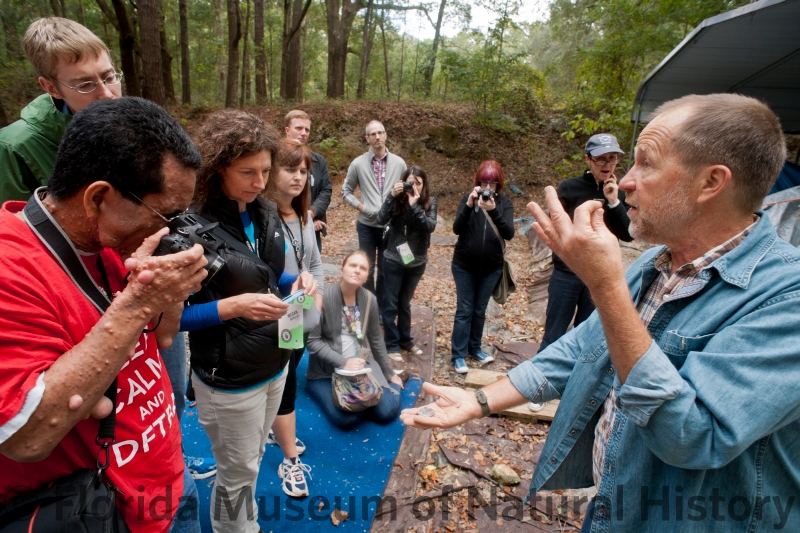 Steadman speaks at a Science Writers Convention on site at Thomas Farm.

Learn more about the Ornithology Collection at the Florida Museum.