A new international analysis of marine fossils shows that warming of the polar oceans during the Eocene, a greenhouse period that provides a glimpse of Earth’s potential future climate, was greater than previously thought.

By studying the chemical composition of fossilized foraminifera, tiny single-celled animals that lived in shallow tropical waters, a team of researchers generated precise estimates of tropical sea surface temperatures and seawater chemistry during the Eocene Epoch, 56-34 million years ago. Using these data, researchers fine-tuned estimates from previous foram studies that captured polar conditions to show tropical oceans warmed substantially in the Eocene, but not as much as polar oceans.

Importantly, when modern climate models – the same as those used in the United Nations’ recent Intergovernmental Panel on Climate Change reports – were run under Eocene conditions, many could not replicate these findings. Instead, the models consistently underestimated polar ocean warming in the Eocene.

This discrepancy may result from a gap in our understanding of the climate system or from what we know about the Eocene, said David Evans, the study’s lead author and Leverhulme Research Fellow at the University of St Andrews’ School of Earth and Environmental Sciences. If it does indeed relate to the climate system, it raises the possibility that predictions of future polar warming are also too low.

“Yes, the tropics are warming but nowhere near to the same degree as the polar regions,” Evans said. “That’s something we really need to be able to understand and replicate in climate models. The fact that many models are unable to do that at the moment is worrying.”

The researchers published their findings this week in the Proceedings of the National Academy of Sciences. 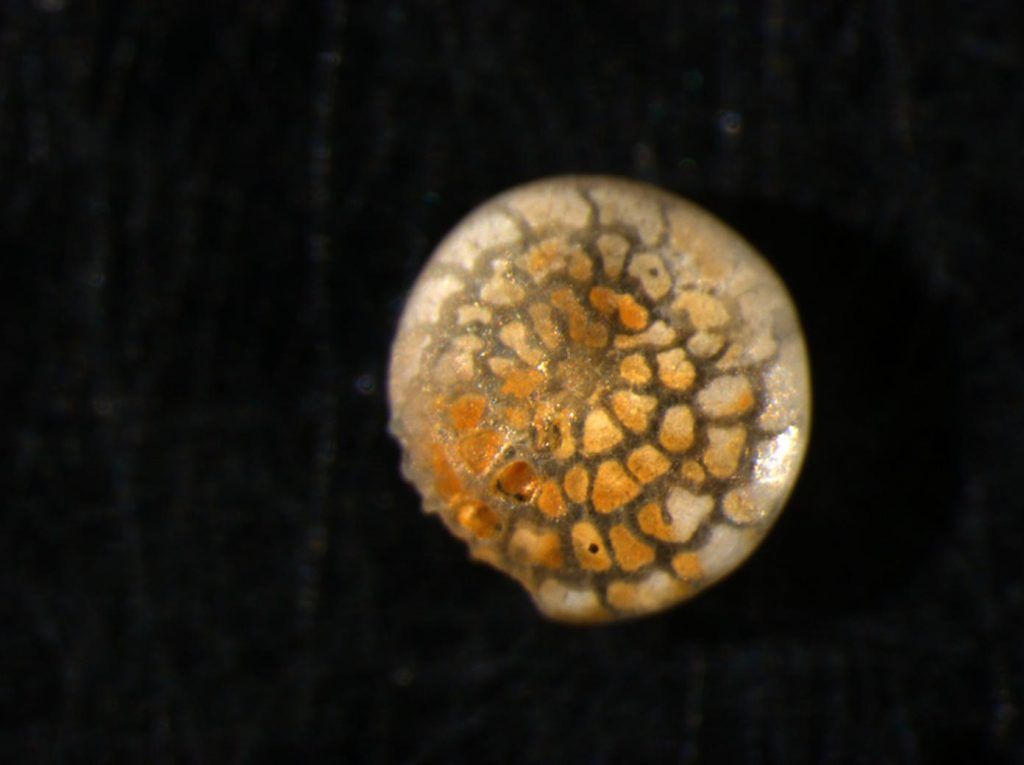 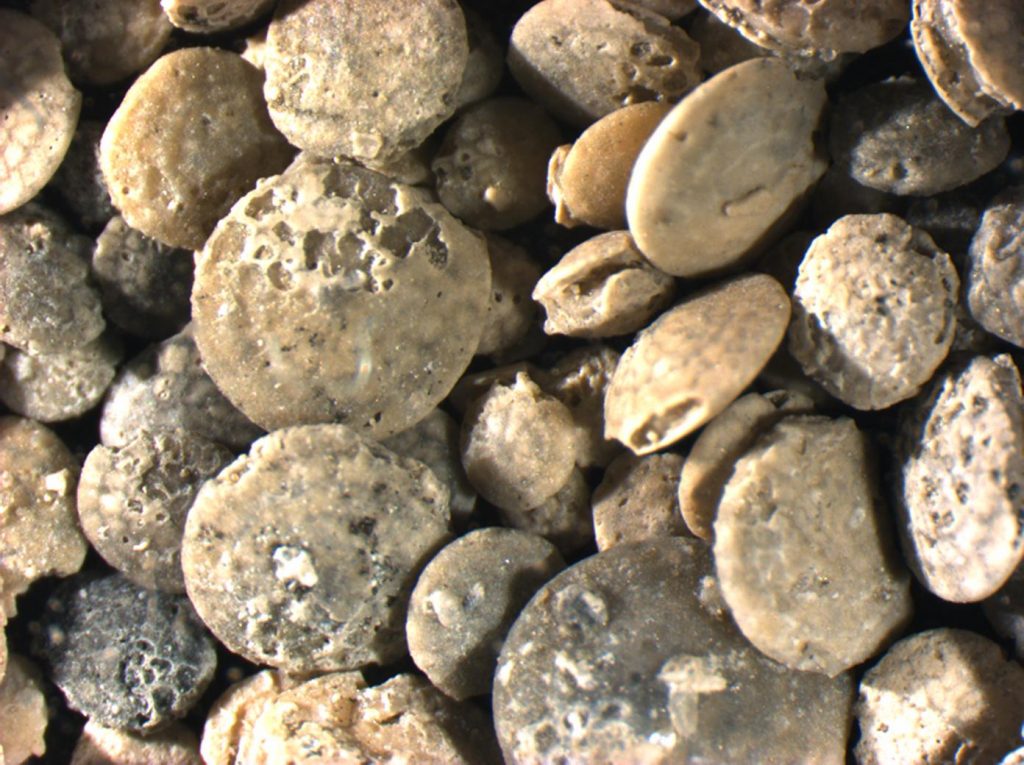 These large bottom-dwelling forams are some of the specimens used in the study. About the size of quinoa seeds, they were collected from cores in Tanzania. 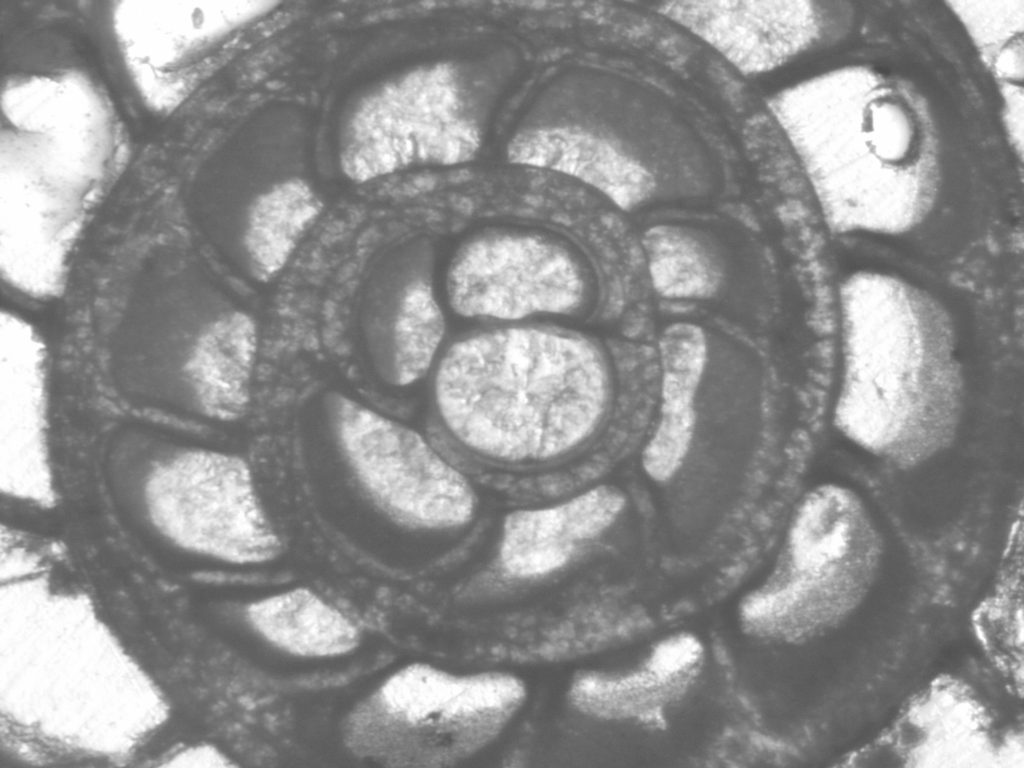 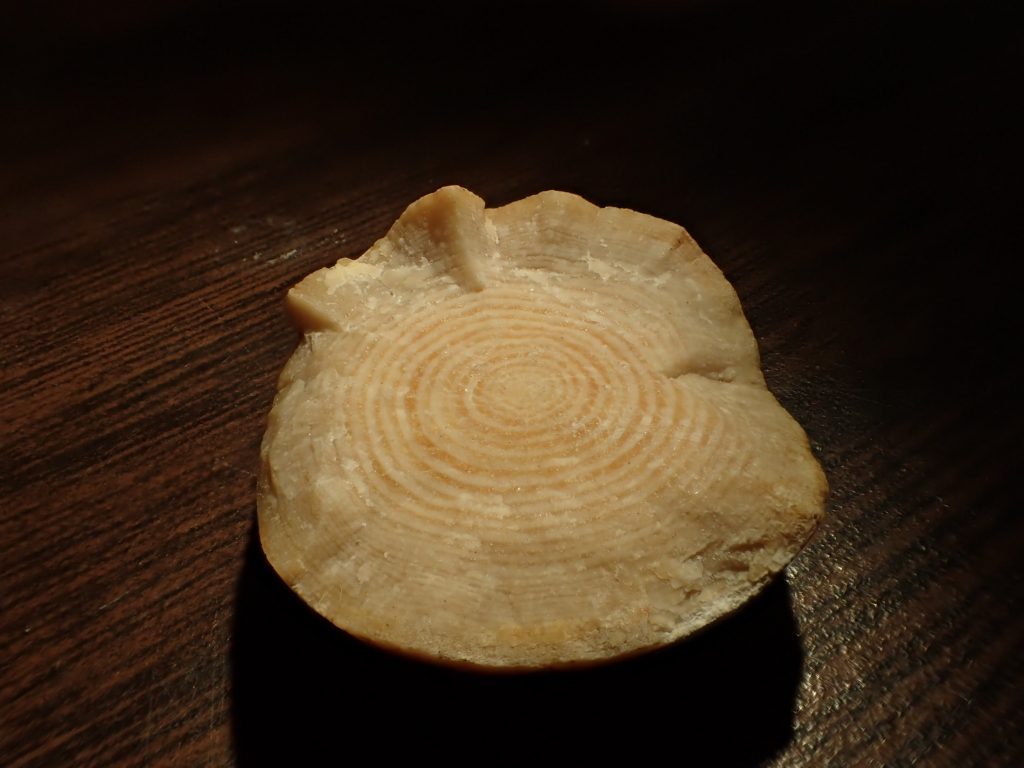 This large bottom-dwelling foram has been sectioned to show its spiral-shaped internal structure. These structures are key to identifying large foram species.

Scientists frequently look to the Eocene to understand how the Earth responds to higher levels of carbon dioxide. During the Eocene, the concentration of carbon dioxide in the atmosphere was more than 560 parts per million, at least twice preindustrial levels, and the epoch kicked off with a global average temperature more than 8 degrees Celsius – about 14 degrees Fahrenheit – warmer than today, gradually cooling over the next 22 million years. These characteristics make the Eocene a good period on which to test our understanding of the climate system, said Laura Cotton, study co-author and curator of micropaleontology at the Florida Museum of Natural History.

One of the challenges has been accurately determining the difference between sea surface temperatures at the poles and the equator during the Eocene, with models predicting greater differences than data suggested.

The research team used large bottom-dwelling forams as “paleothermometers” to gain a more precise temperature reading. Forams have an exceptionally long fossil record, spanning more than 540 million years, and they are often well-preserved in ocean sediments. Most are small enough to fit into the eye of a needle – Cotton describes them as “an amoeba with a shell” – but they were so abundant during the Eocene that there are entire rocks composed of them.

“If you look at the pyramids, they’re full of these tiny little lentil-like things – those are forams,” Cotton said. “The ancient Greeks thought the pyramids were made from the fossilized lentils of slaves, but it’s just the limestone from one of these deposits that is absolutely filled with them.” 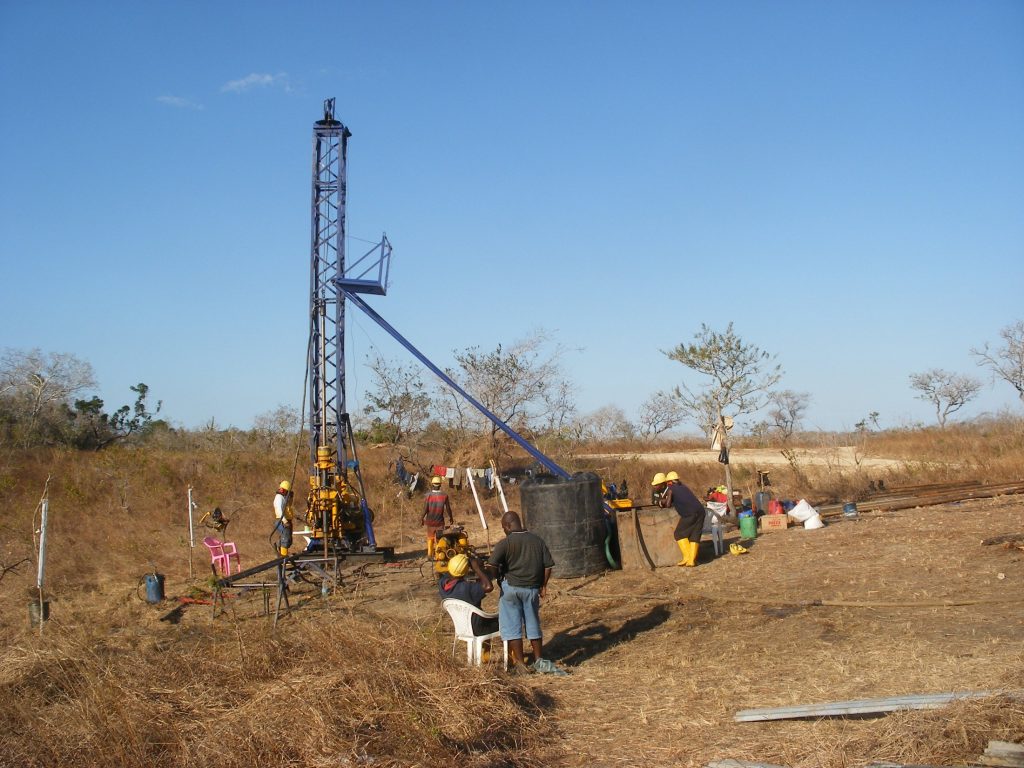 A drill rig collects cores in Tanzania as part of an international paleoclimate reconstruction effort. 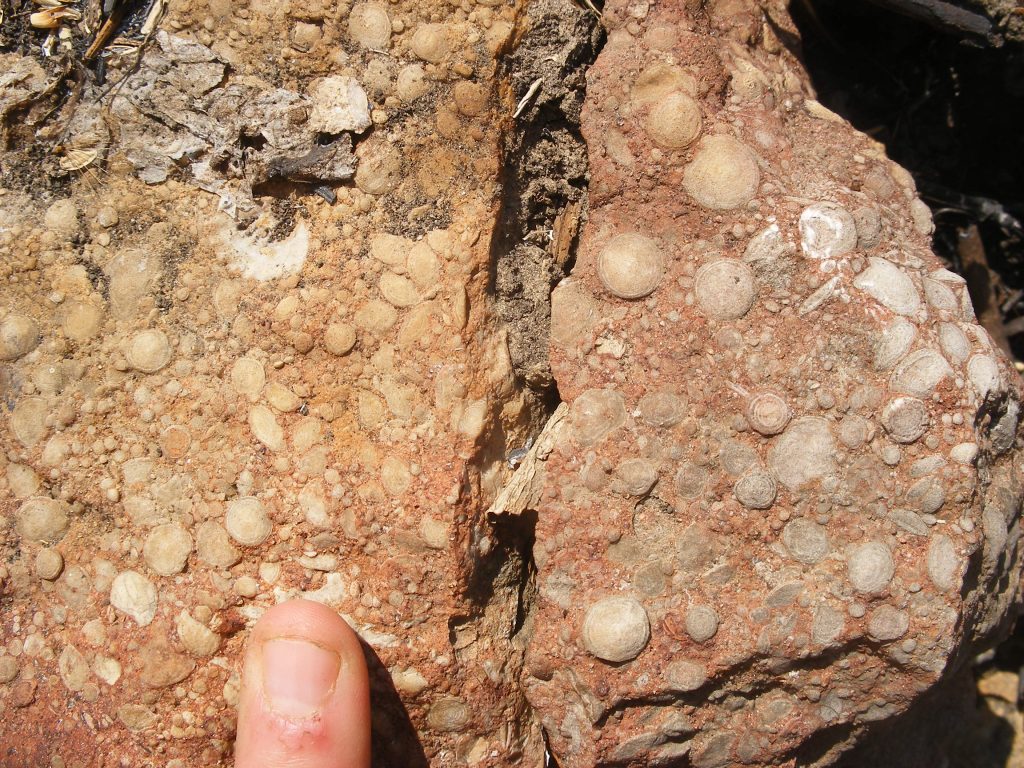 Forams were abundant in the Eocene. These large forams are embedded in limestone in Tanzania. 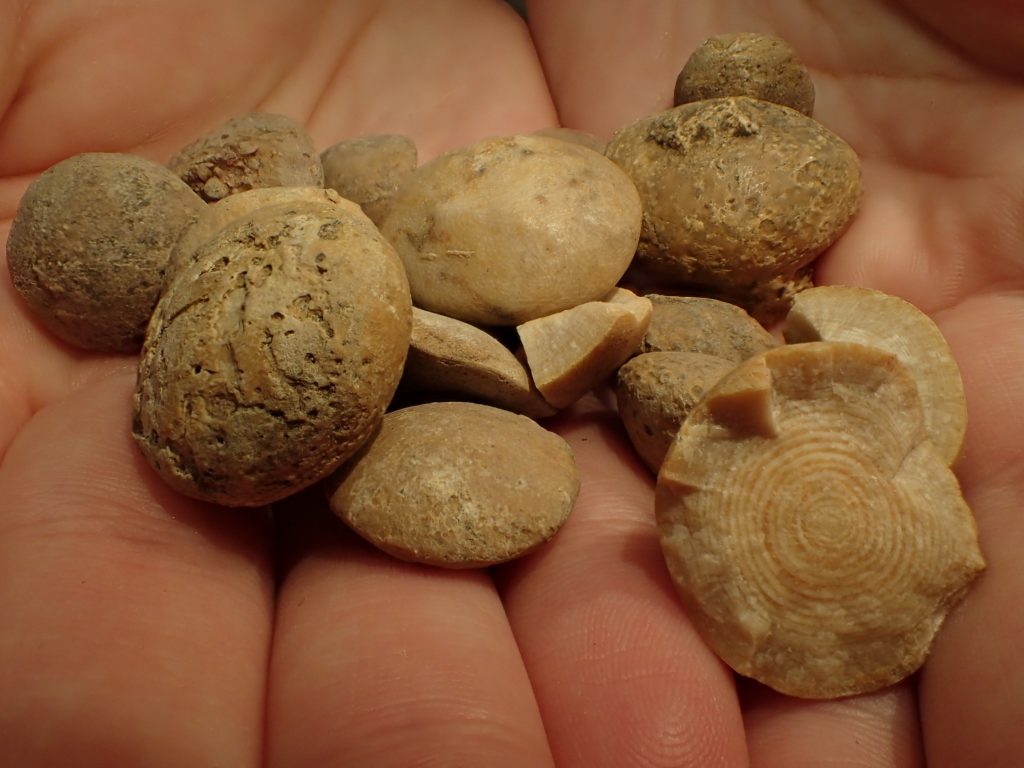 Forams vary widely in size and can be smaller than a quinoa seed or as large as a silver dollar.

By analyzing these clumped isotopes from fossil specimens found in India, Indonesia and Tanzania, the researchers could get an accurate reading of sea surface temperature across the tropics in the Eocene. They also lasered a small hole in each specimen to measure the amount of magnesium and calcium that vaporized, revealing the seawater chemistry.

They found that tropical sea surface temperature in the Eocene was about 6 degrees Celsius – about 10 degrees Fahrenheit – warmer than today.

“This was the first time we had samples that were good enough and this method was well-known enough that it could all come together,” Cotton said.

The team then used their dataset from the tropics to back-calculate the temperature and chemistry of polar oceans, relying on previous studies of forams that captured the conditions of those regions.

With this correction factor in place, they investigated the degree to which polar oceans warmed more than the tropics, a feature of the climate system known as polar amplification. Their data showed that the difference between polar and equatorial sea surface temperatures in the Eocene was an estimated 20 degrees Celsius, about 36 degrees Fahrenheit. Today the difference is 28 degrees Celsius, indicating that polar regions are more sensitive to increases in atmospheric carbon dioxide than the tropics.

Troublingly, said Evans, when the team compared their data with various modern climate models under Eocene conditions, most models underestimated polar amplification by about 50 percent.

The two models that came closest to reproducing the team’s data had one key aspect in common – they modified the way they accounted for cloud formation and the longevity of clouds in the atmosphere, particularly in the polar regions.

“To us, that looks like a promising research direction,” he said. “If – and it’s a big if – that turns out to be the right avenue to go down, that could play into the models we use for our future climate predictions.”

The research was supported by Yale University, the Yale Analytical and Stable Isotope Center, the Israel Science Foundation, the Netherlands Organization for Scientific Research, a Natural Environment Research Council Capital Equipment Grant, the Research Foundation Flanders, the Netherlands Earth System Science Center and a Horizon 2020 grant. The Tanzania Commission for Science and Technology and the Tanzania Petroleum Development Corporation supported the recovery of foram specimens from Tanzania.