by Florida Museum Staff • February 1, 2000
The demise of the Massachusetts. Courtesy of Bureau of Archaeological Research, Florida Department of State

The water surrounding Florida is a graveyard for thousands of ships – casualties of shifting sands, coral reefs, and treacherous hurricanes. Today, these shipwrecks are time capsules that reflect the history of maritime trade, colonial expansion by sea, and the changing fortunes of European powers in the Americas.

European empires increased their colonial holdings by enhancing their naval power. Developments in ship design over the centuries are closely linked with the history of maritime warfare and rivalry among warring nations.

Perils of the Florida Passage

In the Spanish colonial period, ships heading back to Europe sailed through the Straits of Florida on the Gulf Stream current. Hurricanes, shifting sands, and shallow waters made the passage between the Bahamas and Florida especially dangerous. Along with these real perils, European sailors feared sea monsters, creatures based more on fantasy than fact. In reality, pirates posed a more serious threat to ships than did the dreaded monsters.

Crews from Havana were often sent to salvage wrecked treasure ships during the colonial period. Florida Indians also salvaged materials from early shipwrecks, and sometimes captured the survivors. By the time Florida became a United States territory in 1821, shipwreck salvage had evolved into a profitable enterprise. State contracts now regulate the salvage business, once fraught with intrigue and banditry.

The primary goal of archaeologists is to retrieve information that allows us to understand the past. Underwater archaeology has been transformed in the second half of the twentieth century, not only by new technologies, but also by a profound shift in philosophical and professional identity. Rather than focusing on the salvage and sale of treasure, professional underwater archaeologists today excavate ships to learn about the history of past cultures. 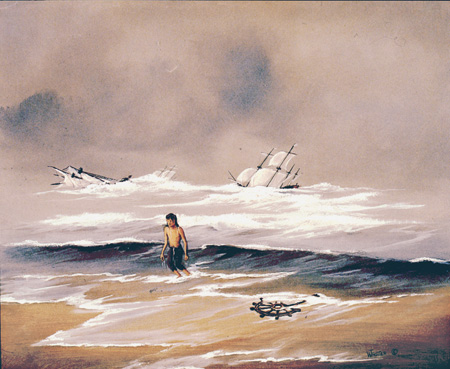 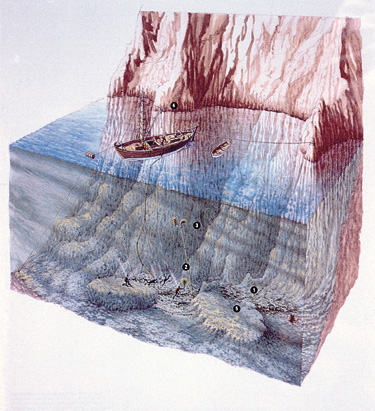 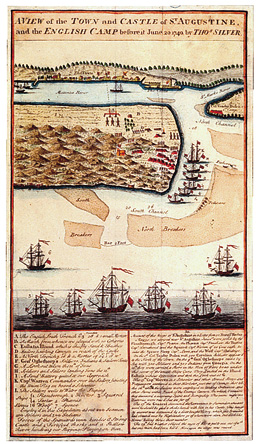 With colonies already established along the coast of Mexico, Spain looked to expand northward around the Gulf of Mexico. In 1559, Tristán de Luna y Arellano brought more than 1500 people in 11 ships from Veracruz, Mexico, to establish a colony on Pensacola Bay. Before they finished unloading, a hurricane destroyed most of the ships and killed a number of colonists. By 1561, the colony was abandoned.

In 1565, the French flagship Trinité went down in a violent storm as it was preparing to attack Pedro Menéndez de Avilés and other Spanish colonists on the northeast coast of Florida. The shipwreck prevented the French assault on St. Augustine, a newly founded Spanish settlement. This provided Spain time to secure a foothold in Florida, and Spanish forces were able to destroy Fort Caroline and drive out the French.

The Atocha and Santa Margarita Wrecks, 1622

On route to Spain from Havana with a rich cargo of treasure from South America, the Tierra Firme or Mainland Fleet from South America wrecked in the Florida Keys during a violent hurricane. The Atocha and the Santa Margarita were part of this 27-ship convoy. The ships carried cargo estimated to value more than $250 million. A total of 380 people were lost in the wreck of the two ships. Almost 200 more died on other vessels of the fleet wrecked further to the south in the Dry Tortugas.

The Epoch of Slave Ships

The Henrietta Marie, found near Key West, remains the oldest known wreck of a slave ship to be identified by name. Wrecks involving slave ships were especially tragic, for the crew often did not take the time to free the Africans shackled below-deck. When the Henrietta Marie wrecked, she had already carried her cargo of slaves to sugar plantations in Jamaica, where they joined 45,000 other slaves. 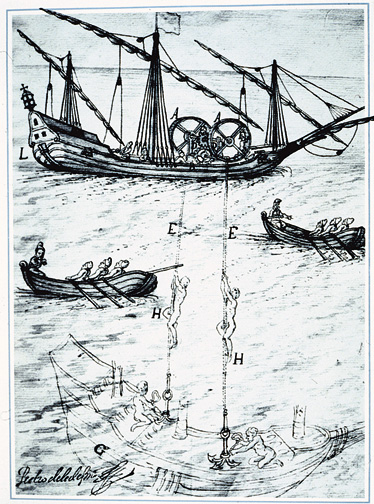 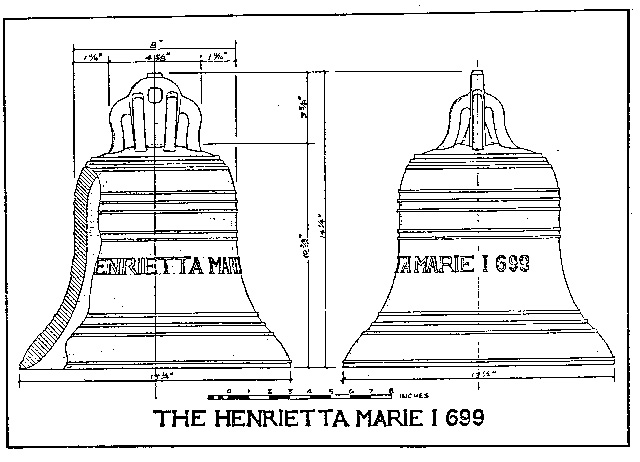 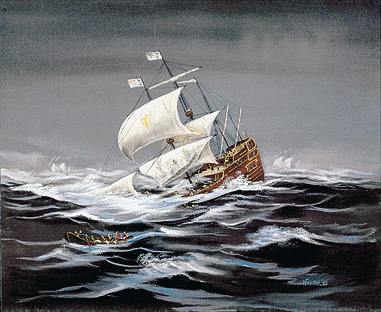 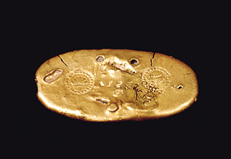 Gold bar from the San Pedro.

Caught in a hurricane off the Atlantic coast of Florida, the flota (fleet) of 11 ships carried treasures from Asia and the Spanish colonies in the Americas. All the ships were wrecked, except a French ship that had been forced to accompany the Spanish fleet. The Urca de Lima was grounded, allowing her to serve as a supply ship for the 1500 shipwreck survivors. One thousand people died in the storm.

The Last Years of the Treasure Fleet

One of the last crossings of the New Spain fleet ended in disaster. A hurricane on July 15, 1733, scattered the fleet along 80 miles of the Florida Keys, grounding three armed galleons and all but one of the fleet’s 18 merchant ships. The survivors made their way to shore and were rescued some weeks later. Spanish salvage crews arrived and refloated some of the ships. Others, such as the San Pedro, were burned to the waterline to hide them from pirates.

The Mentor had come to defend the British at Pensacola from Spanish attacks. After a squall capsized the ship in 1781, the crew carried her guns to Fort George to help defend the town. The crew burned the ship to keep her out of Spanish hands; her exact location remains unknown.

Ships of the Civil War

Many ships were lost during the Civil War as Federal and Confederate forces fought to control the rivers and coasts. The Maple Leaf, carrying 400 tons of Union baggage, hit a stationary torpedo while traveling north on the St. Johns River in Florida. Although she sank very rapidly, all the passengers survived, except for some deckhands sleeping on the bow. The captain lowered lifeboats and rowed north to join Federal troops in Jacksonville. 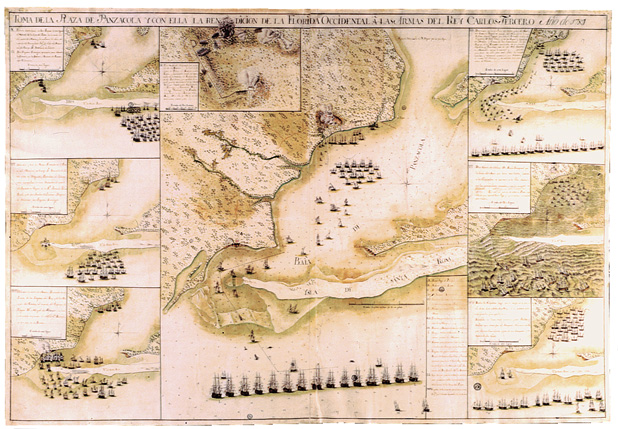 Pensacola under attack by Spanish ships in 1781. 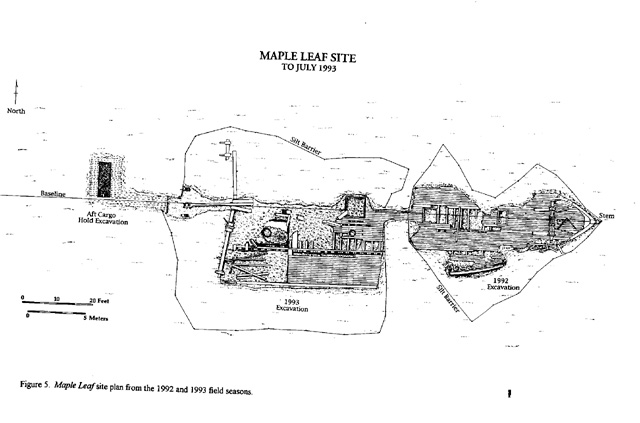 Map of the Maple Leaf wreck. 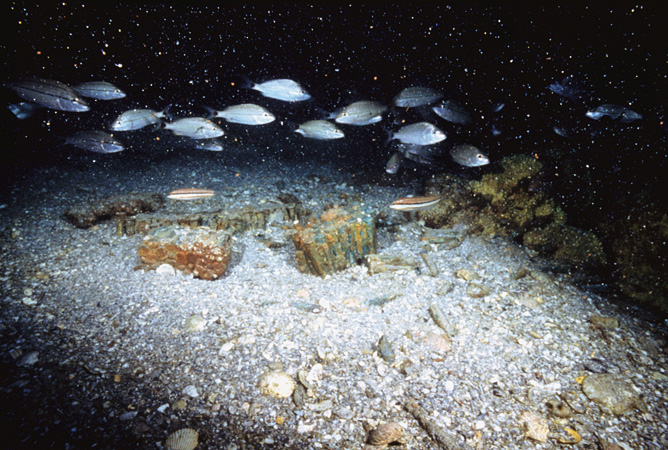 Rifle shells near the wreck of the Commodore. 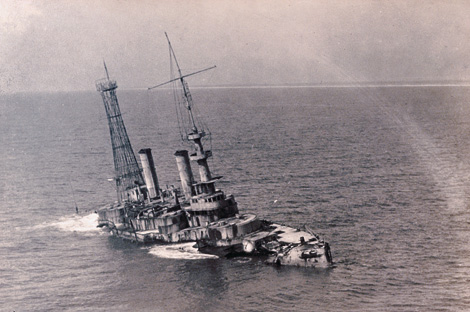 The demise of the Massachusetts.

A seaworthy tugboat, the Commodore was used to carry arms to support the Cuban Revolution in the period prior to the Spanish-American War. The ship sank near Daytona Beach in January of 1897 on route from Jacksonville to Cuba. She may have been sabotaged. Seven aboard drowned, but among the survivors was Stephen Crane, who later wrote a poetic account of the events.

Carrying coal from Philadelphia to Havana after the Spanish-American War, the Copenhagen sank in May 1900. This British steamship ran aground near present-day Pompano Beach, due to an error in navigation. All 26 members of the crew survived the grounding. The cargo was recovered after more than a month of salvage.

From the Spanish-American War to World War I

The USS Massachusetts was one of the first battleships built as part of the new “steel navy” after the Civil War. She participated as a coastal sentinel and attack boat during the Spanish-American War. She also patrolled the Caribbean in the first few years of the 1900s and served as a training vessel during World War I. In 1921, the War Department scuttled the Massachusetts and used her for target practice to test mobile artillery off Pensacola.

The City of Hawkinsville, 1922

World War II seemed far away until German U-boats began to attack American shipping lanes along the East Coast. In April 1942, a German torpedo hit the Gulfamerica. The oil tanker exploded in a blaze of burning oil. Of 53 aboard, rescuers found only 31 survivors.

Text taken from a temporary exhibit created by the Florida Museum of Natural History.

Earliest use of Mexican turkeys by ancient Maya