The Alpheus dolerus is one of 250 described snapping shrimp in the Alpheus genus.

The family Alpheidae is made up of well over 600 species that are found around the world.

Like most of the shrimp in the Alpheus genus, this one has asymmetrical claws and uses the bigger one to make a popping or snapping sound. The sound is actually acoustic pressure used to stun its prey, similar to the famous mantis shrimp’s hunting technique.

They’re a considerable source of noise on the ocean, and yes, these little shrimp actually cause just as much noise as a whale when they get together in one area.

This shrimp has a noticeable bulge in the side of its carapace, which is an Asymmetrione (in the family Bopyridae). This is a parasite common to these type of shrimp, as well as crabs. In fact, crustacean fossils have been found with similar parasites, meaning this one-way relationship has been around for a long time. 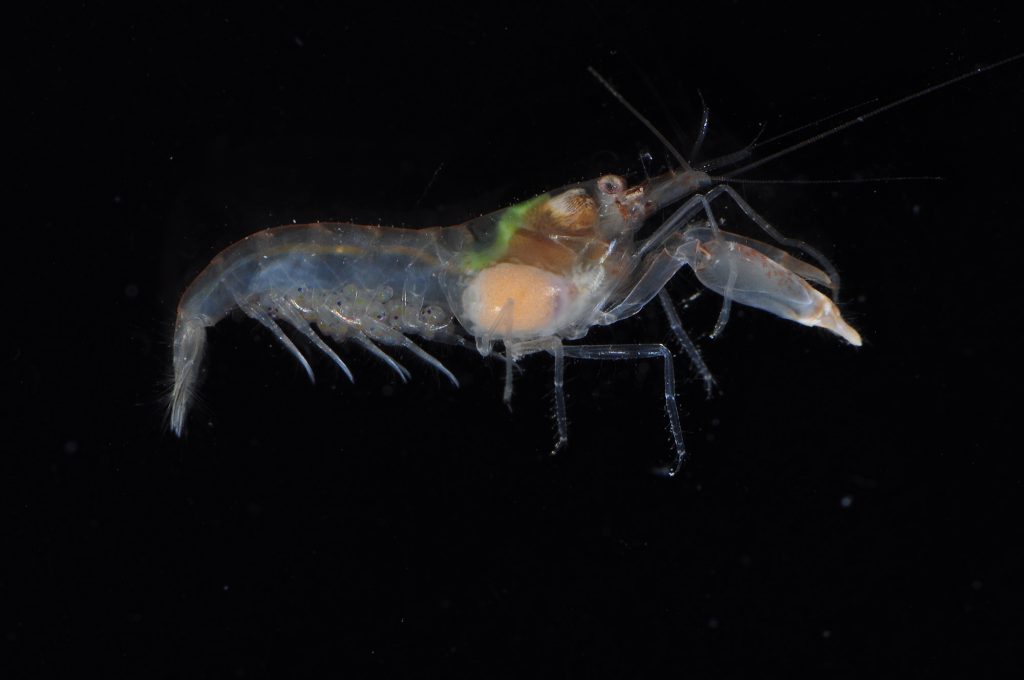 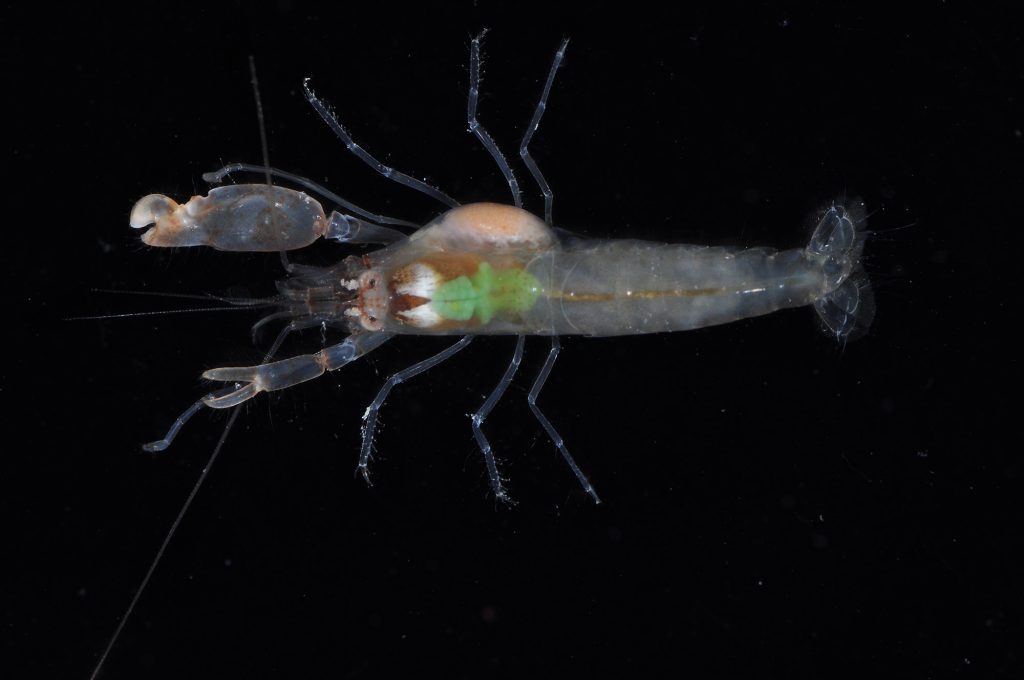