It’s been a little more than a week since my last blog, and boy a lot has happened… Last week I and another 14 participants from the Florida Museum of Natural History visited Panama for spring break. Our goal was to extract fossils from the canal and gain experience in the field. 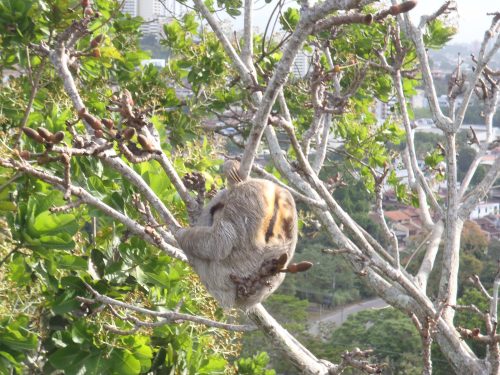 Our first day in Panama we woke up early to visit the tropical canopy of Parque Natural Metropolitano, and use the crane access system to propel us towards the canopy of the trees. Nathan, Chris, Victor, Mike, and I were the first to ascend; at the tree top we could see in the far distance the whole of Panama City, we saw the never ending race of the skyscrapers reaching towards the heavens. We also saw a sloth peacefully sleeping in the branches, a flock of toucans flying as the wind, and beautiful blossoms covering the canopy. When we reached the ground we went for a hike and saw howler monkeys playfully jumping from branch to branch in the tropical forest.  We ended the day at Punta Culebra where we saw the sunset in the Pacific. 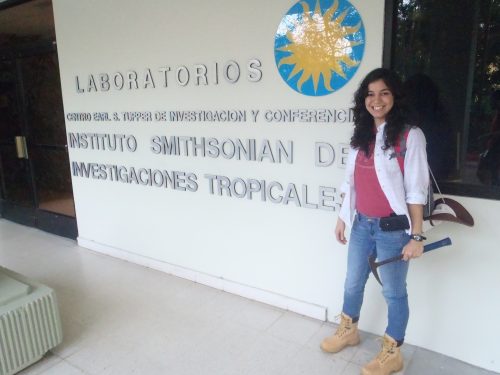 We spent most of Monday’s morning at the offices of STRI filling out paper work for our access to the canal as well as transportation.

During the afternoon we headed towards the canal where we met the field interns (Jeremy, Sophie, Adam and Sonia) and their mentor Jorge, who gave us a tour to the different excavation site. We started at the Centenario Bridge then move to the Las Cascadas Formation. At the Las Cascadas Formation I followed Nathan and Chris towards the fossilized leaf deposits while the others stayed at the bottom layers looking for vertebrate remains.

At the leaf site the outcrop was divided in a top layer of oxidized sediments and a bottom grayish layer. Nathan tells us that that last time he visited the site he had found fossilized leaves in the oxidized layers. So I sit and commence to excavate with him, but the outcrop crumbles in my hands and I don’t seem to find anything. 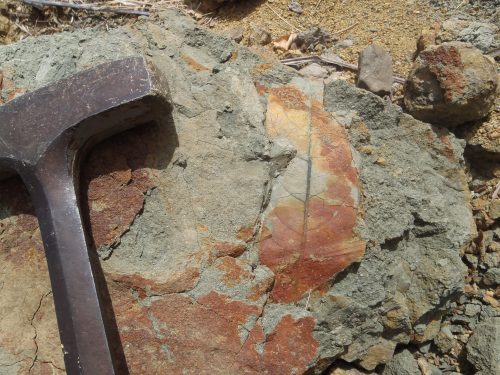 After a while I decide to excavate in the grayish layer just for curiosity, so I grab my hammer, hit the outcrop with all my strength and take out a big block, when I flip it I discovered the most beautifully preserved leaf. In my excitement I show it to Nathan and he practically starts jumping with joy on one leg!

We then visited the Empire site looking for some crabs. At this locality we had to be aware of our surrounding because it was being worked with bulldozers extracting sediments. It made it difficult for us to extract fossils with all the dust in the air that would get stuck in our eyes, but that still didn’t stop us for making great findings. We ended the day at Hodges Hill collecting fossilized wood.

Chris, Nathan, Roger, Will, Cristina, and I went back to the Las Cascadas Formation to the leaf site. Roger, Will and Cristina were looking for arthropods; Nathan, Chris and I were looking for botanical fossilized remains, and we spent most of the day there digging a quarry.

For the first half of the day I was with Nathan and Chris collecting fossilized wood in Hodges Hill. We found a large trunk and some crabs.

In the afternoon Victor and I were sent to the Las Cascadas Formation to dig up some vertebrate fossils while Roger, Nathan, Chris, Cristina and Jorge went to the east side of the canal to explore the new sites containing fossilized crabs and leaves. 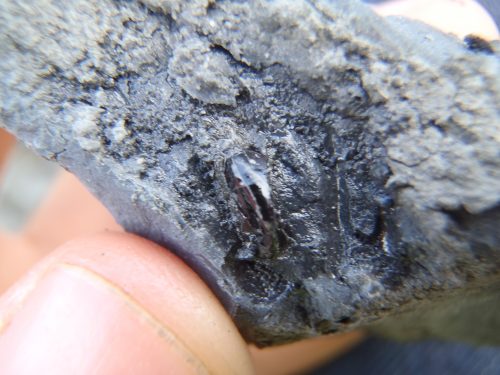 Once I was in the Las Cascadas Formation all I could find was fossilized roots, so every time I would call John  to check what I had found he would say it was a root. After I had gotten tired of the spot I was given to excavate I decided to move towards the shale.

At first all I could find was matrix when suddenly I come across something shiny, I called out for Jon saying “Jon I found something!!” He tells me “What is it?” I respond “I don’t know.”

Jon sends Aldo to check what I had, after a while of Aldo looking at it Jon asks “Well, what is it?” Aldo responds “I think you might need to look at this” Jon practically came running towards us to see what we had.

To make a long story short there are three possibilities of what my findings are. Jon and Aldo strongly believe it might be a horse tooth but we won’t know for sure until the whole tooth has been cleared from the surrounding matrix…. I knew I had found something. 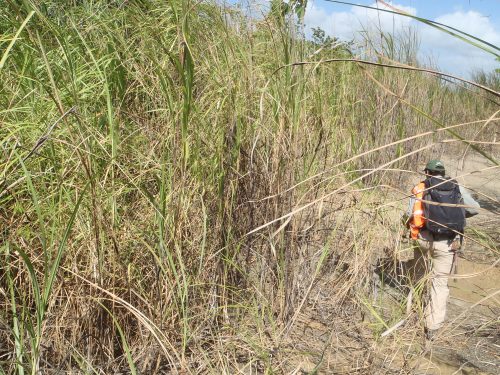 This time I went with the group from the day before to the east side of the canal.

After the previous day of exploring the site Nathan had an idea of where the fossilized leaves and fruits might be, so Nathan, Chris, Jorge, Sonia and I started exploring the jungle of elephant grass, it was so high and thick that we could barely move through it.

We had to use our hammer or throw ourselves in the grass to lower it down and make a path; we couldn’t use a machete because we had left it at the west side of the canal so we had to manage with what we had… made me feel like if we were in an episode of Man vs. Wild! After walking through the grass we finally found the site.

Cristina, Sophie, Nathan, Chris and I tried to enter the east side of the canal again but our permit had expired so we had to return to the west side of the canal. We notified the others of our group and made an exchange of people, Chris for Jeremy. So Jeremy, Nathan, Cristina and I went to Empire site to find some fruits, we spend half of the day there and found plenty of seeds. During the late afternoon we visited the Biomuseo.

We renewed our permits and spent the day at the east side of the canal digging a quarry for the new leaf site and collecting good samples. At the end of the day Nathan, Justy and I went to Casco Viejo and explored Panama City. We had a great time on our last day in Panama. 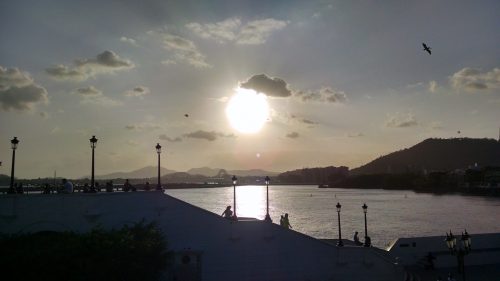 Visiting Panama has been an extraordinary experience filled with new adventures, experience and culture.

Plus, now that we have collected so many fossilized leaves I can try to identify them and compare them to the ones of Tennessee.

Also, we can make a booklet of the collected leaves for when we return to Panama so that we can find them again in the field and can easily know which leaf was discovered.

0 responses to “Adventures in Panama!!”