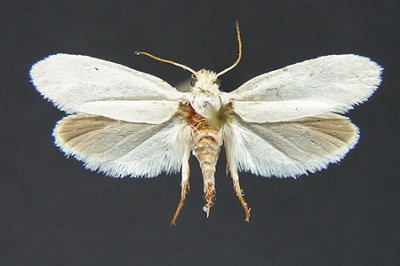 John Heppner received his B.S. from Berkeley, where he studied entomology under the guidance of Jerry Powell. He received his Ph.D. from the University of Florida, and while at UF, was awarded a pre-doctoral fellowship from the Smithsonian Institution, where he completed his graduate studies on the micromoth family Glyphipterigidae. From 1978 to 1982, he served as a curator of micro-Lepidoptera at the National Museum of Natural History at the Smithsonian, and in 1983 became a Lepidoptera curator at the Florida State Collection of Arthropods, Florida Department of Agriculture, Division of Plant Industry.

For 18 years prior to 2008, Heppner served as publications editor for the Association for Tropical Lepidoptera, editing journals Tropical Lepidoptera, Holarctic Lepidoptera, ATL News and ATL Notes. He edits a series of monographs entitled Atlas of Neotropical Lepidoptera. He also edited many publications for the Florida State Collection of Arthropods, including the 2003 catalog of the Lepidoptera of Florida – a monumental work nearly 700 pages long that includes a checklist and host plant information for many species. In addition to descriptions of many new species, mainly in the families Choreutidae and Glyphipterigidae in North and South America and Southeast Asia, Heppner published many new distribution records, a manual on classification of Lepidoptera, dozens of articles for the Encyclopedia of Entomology covering most of the Lepidoptera families, and a popular book on monarch butterflies.

Heppner has travelled extensively in search of micro moths and other insects both in the U.S. and abroad, with particularly long stays in Ecuador, Guatemala, Hungary, Indonesia, Peru, Romania, Taiwan, Venezuela and Vietnam. He is working on faunal papers on moths of Chile, Guatemala, Panama, Peru and Vietnam, as well as descriptions of many new species. Florida moths have also been a large focus of his work in recent years. As a result, he has become one of the main contributors to the growth of the Lepidoptera holdings in the Florida Sate Collection of Arthropods and was instrumental in merging this collection with the UF collection following the opening of the McGuire Center.