A T-rex named Sue arrived yesterday (Wednesday, Jan. 14). She came in crates, some weighing almost 3,000 pounds, packed in three semi-trucks. Forty crates and over fours hours after her arrival she was strewn about the empty exhibit floor space. Over the next several days, staff and crew will open the crates, unpack the boxes and piece together the cast of the largest and most complete tyrannosaurus rex skeleton and accompanying exhibit.

Before Sue arrived, the traveling exhibits and fabrications crew had to pack and ship Megalodon: Largest Shark that Ever Lived. Since the last post, crew prepared the exhibit for trucks and continued to work on what will be the entranceway to Sue’s exhibit. Like with the unloading of Sue, packing Meg on semi-trucks took about 10 people, though Meg only required two trucks. The trucks are now en-route to the Mid-America Air Museum in Liberal, Kansas.

To pack and ship these exhibits takes a tremendous amount of pre-planning. The trucks and exhibit crates and pieces are measured and drawn out on paper to ensure the best use of space and safest packing possible. A special fork lift was rented to help with moving the very large and very heavy crates. At times it was harrowing to witness.

Packing Megalodon: Largest Shark that Ever Lived & Preparing for Sue 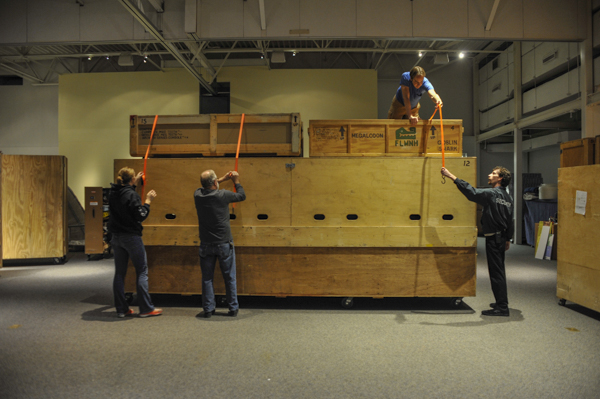 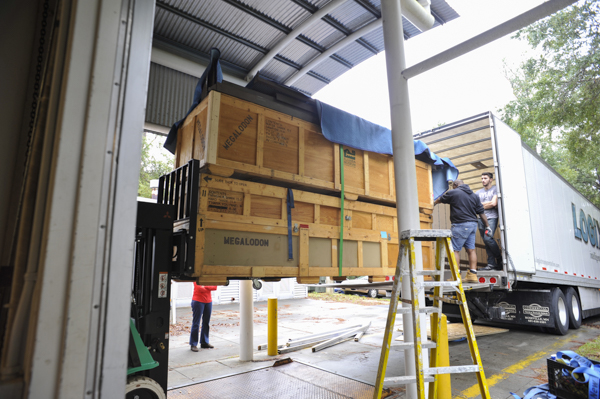 Crates from the Megalodon exhibit are carefully loaded onto the semi. Kristen Grace/Florida Museum of Natural History 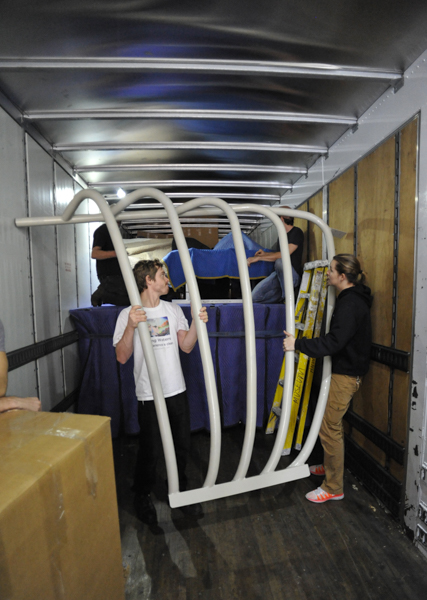 Meg’s gills were challenging to pack because of their awkward shape. Kristen Grace/Florida Museum of Natural History 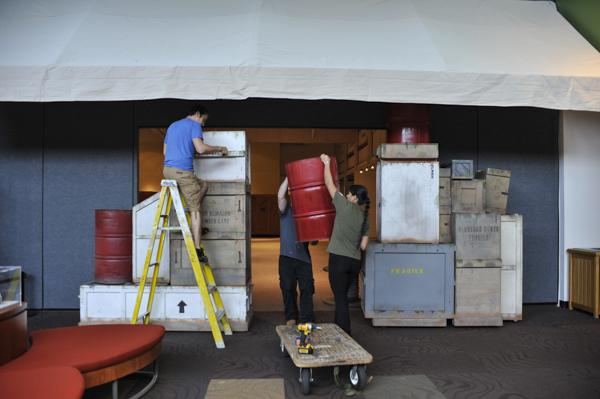 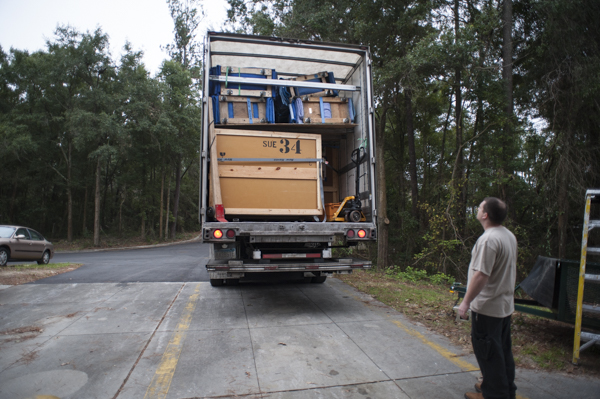 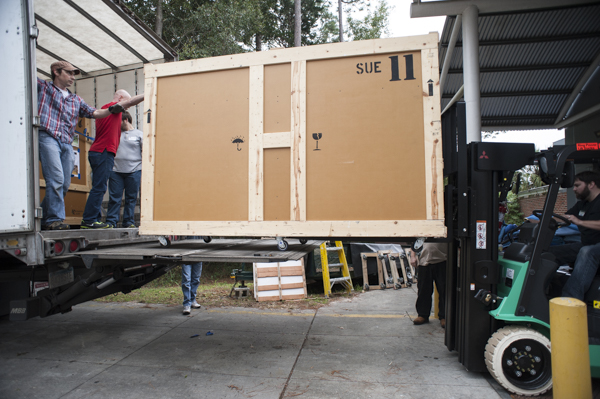 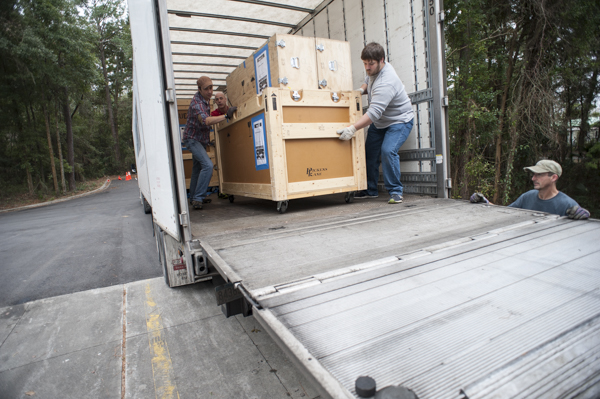 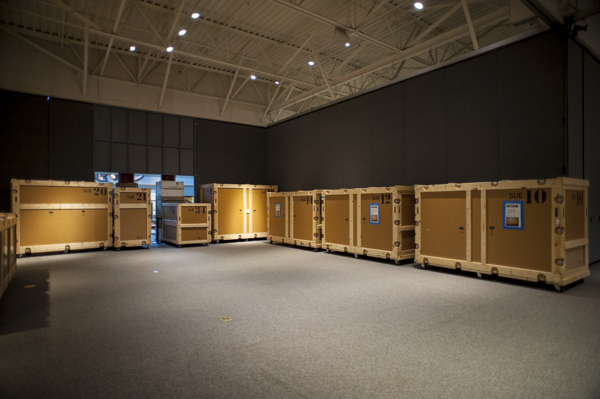 Exhibit crates were organized around the floor of the exhibit space in preparation for unpacking. Kristen Grace/Florida Museum of Natural History