As you can probably imagine, teaching a virtual museum summer camp is quite different than teaching a traditional in-person camp but challenging times call for rising to the challenge, especially when it comes to creating positive experiences for our campers. And, as it turns out, many nuances of the camp experience continued to shine brightly through our screens.

I’ve learned that I still have a lot to learn. Maya Angelou

I mentioned in previous posts, I’m a museum educator second to being a museum learner and the first week of leading the Florida Museum Virtual Summer Camps (and my 5th summer as a camp leader) was most certainly a convergence of teaching and learning. As a 30-something with no children of my own, I’ve read a lot from both friends and strangers about the struggles of parenting during a pandemic but this week I learned from my campers (ages 6-10) what these “uncertain times” mean to them and how resilient and creative they continue to be.

On the first morning of the first week of virtual camps (on the theme of paleontology) I was delighted to see some familiar faces along with some new friends pop up on my screen as campers logged in. Most of them had adults helping them log on and adjust their little headphones but the campers quickly took over controlling mute/unmute, changing virtual backgrounds and names, and eventually learning how to “annotate” my slides.

During in-person camps, it’s normal to have a few campers hiding behind parents, reluctant to walk into the boisterous classroom, and on this first morning of virtual camp, I could see some of that uncertainty on the faces of my new campers. I was actually surprised to have many of them voicing their fears or typing “I’m nervous” in the chat even within the safety of their own homes.

I knew I was nervous having no idea if my plans would keep them engaged or how to carefully navigate giving everyone attention while avoiding talking over each other, but I hadn’t thought about how this experience would be new and a little scary for my kiddos too! I told them it was brave of them to express their fears and how eager I was for us to become friends and explore this new adventure together and from there we were off!

The public program’s team decided early on that in addition to the one hour of planned interactive educational programming, we would also open the virtual classroom for campers 15 minutes early and keep it open 15 minutes after we concluded, and I think this was the best decision we made! We built in this time to account for any problems with logging in but also to recreate the free time we would normally have for drop-off, lunch, and pick-up (outside of scheduled camp time) when we see many friendships bloom.

During virtual camps, this became the time when we introduced pets, toured cardboard forts, explained daily home happenings (visiting backyard critters, grandpa’s sleeping schedule, etc.), debated the potential existence of unicorns, and everyone’s favorite – show and tell. Show and tell was not a camp section I had accounted for, but it became clear on the first day of camp how desperately these campers wanted to show their peers what they had been doing since being stuck at home. Also, I can imagine that having the attention of a non-family adult who exclaims “SO COOL!” at every show and tell item can be very validating. 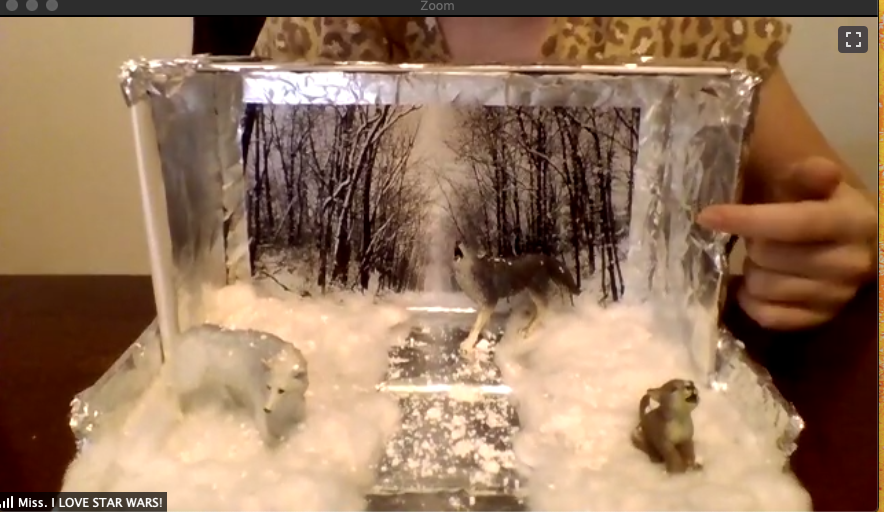 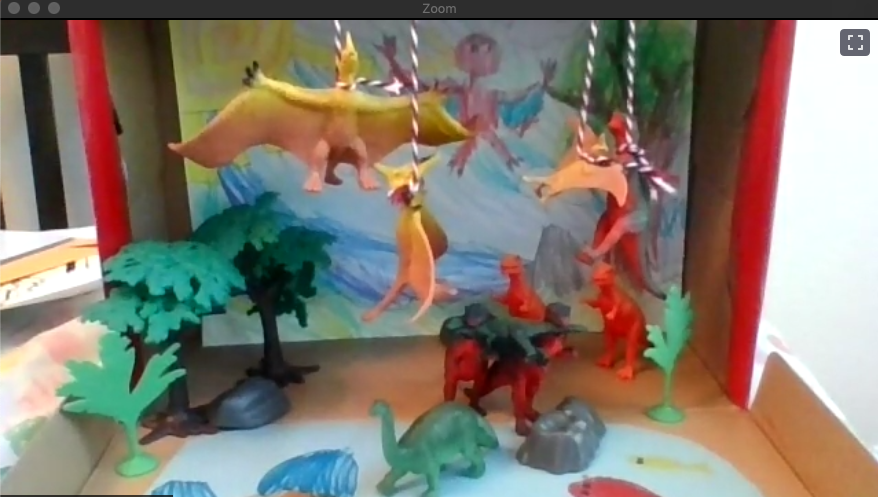 In retrospect, this makes total sense! Anyone who follows me on social media will have seen photos of my new garden including the baby watermelons, multicolored peppers, and tomatoes grown from seed. If social media (especially Instagram) isn’t the adult equivalent to show and tell, then I don’t know what it is. These campers are craving the opportunity to socialize and make connections just like adults! The excitement on their faces when they find out another kid has the same toy or watches the same show is priceless and if they were on Instagram, would have SO MANY positive reactions. During in-person camps, we frequently have campers requesting to bring in toys (and sometimes pets) to the museum but this urge to share was most certainly exaggerated by going virtual.

One thing I expected to miss about our regular camps was watching new friendships grow. I usually end the summer with a few new little buddies myself so I was bummed about the lack of connection we would have being virtual but as usual, the campers proved me wrong! By the third day of camp (with only a total of 4 cumulative hours under our belts) I was already having campers refer to their peers as “friends.” Keep in mind these kiddos have never met in person nor have they have ever had a one-on-one conversation but as I should have known, friendship prevailed! I frequently had campers helping each other by reminding me if I forgot to call on someone, being patient if someone’s audio was having issues, and even offering instructional help when tech problems arose that I couldn’t solve. During games, they frequently looked to their peers for assistance and acted more as a team rather than individuals in competition.

Many times, throughout the week a camper would make the comment aloud or via the chat box that they wished we could be together in person and every time my heart broke a little. During camp sessions, we kept conversations positive and rarely mentioned the reasons behind why we were communicating across computer screens but during the last 15 minutes on the last day we had a surge of heartwrenching comments like “I’ll miss you,” ‘Bye new friends,” and “Will I get to see you again?”. Again, I should’ve expected this.

During in-person camps, it’s common to have campers crying on the last day (it’s frequently the same kids who wouldn’t let go of their parents’ hand on the first day) because they don’t want to say goodbye to their friends and teachers. On the last day of virtual camp, I guess I was expecting something like adult meetings where everyone awkwardly waves goodbye while trying to find the “end meeting” button on their screen but nope, I was wrong again!

Instead, we spent the last 5 minutes saying slow goodbyes as one screen after another disappeared until I was left with about 2-3 campers asking if we could stay together all day. Of course, when time ran out, I closed the meeting and sat alone in a giant ground sloth costume crying because it was just too much to handle. If you would’ve asked me 5 years ago where I would see myself today, I would have absolutely not have said that.

In my opinion, virtual experiences are in no way a replacement for real-world relationship building, hands-on learning, or outdoor adventures but I learned in camp this week that humans of all ages are quick to adapt, human connections are unstoppable, and I still have a lot to learn from my campers.