Take a rare and exciting look at the lives of dinosaurs through their eggs, nests and embryos in Tiny Titans: Dinosaur Eggs and Babies. This remarkable exhibition offers an astounding array of authentic dinosaur specimens collected from around the world. Each science-rich section is enhanced with exciting lifelike models of embryos and hatchlings, colorful illustrations of dinosaur family life and stunning photographs of some world-renowned fossil finders along with their extraordinary discoveries. Touch real dinosaur bones, see reconstructed nests and learn more at exploration stations with animated video presentations.

Tiny Titans presents information about dinosaur reproduction and behavior with the help of the fascinating people and science behind these recent discoveries. Learn about the intriguing lives of dinosaurs and their connection to birds in this captivating exhibition for all ages.

This is a bilingual exhibit. Esta es una exposición bilingüe. 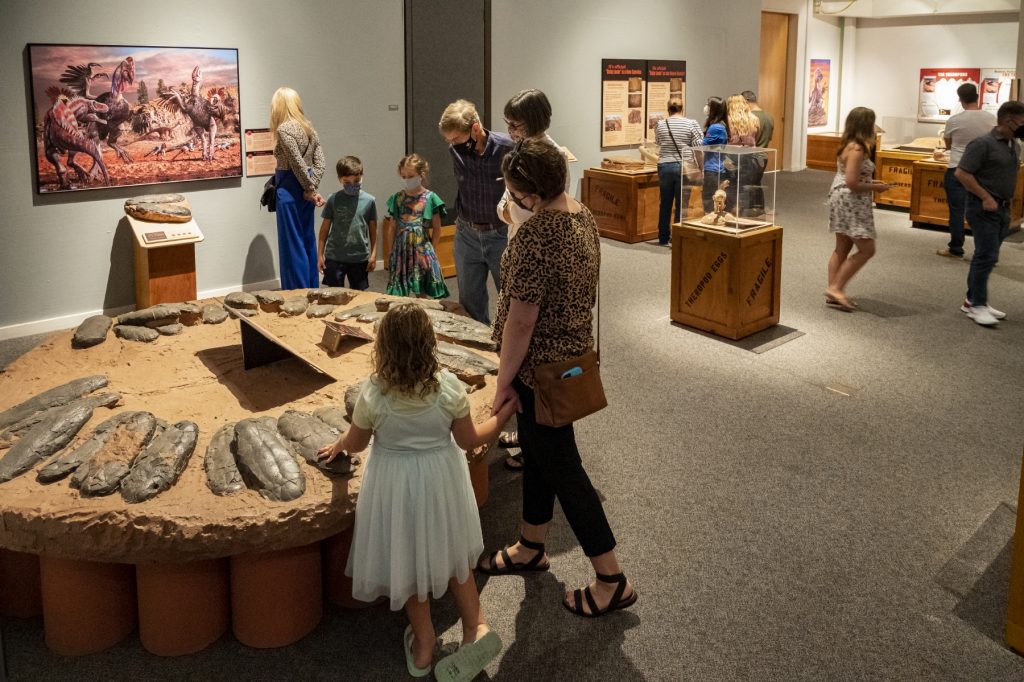 The exhibit displays more than 150 real eggs and educates visitors on a variety of dinosaurs, including sauropods, theropods and ornithopods. ©Florida Museum/Kristen Grace 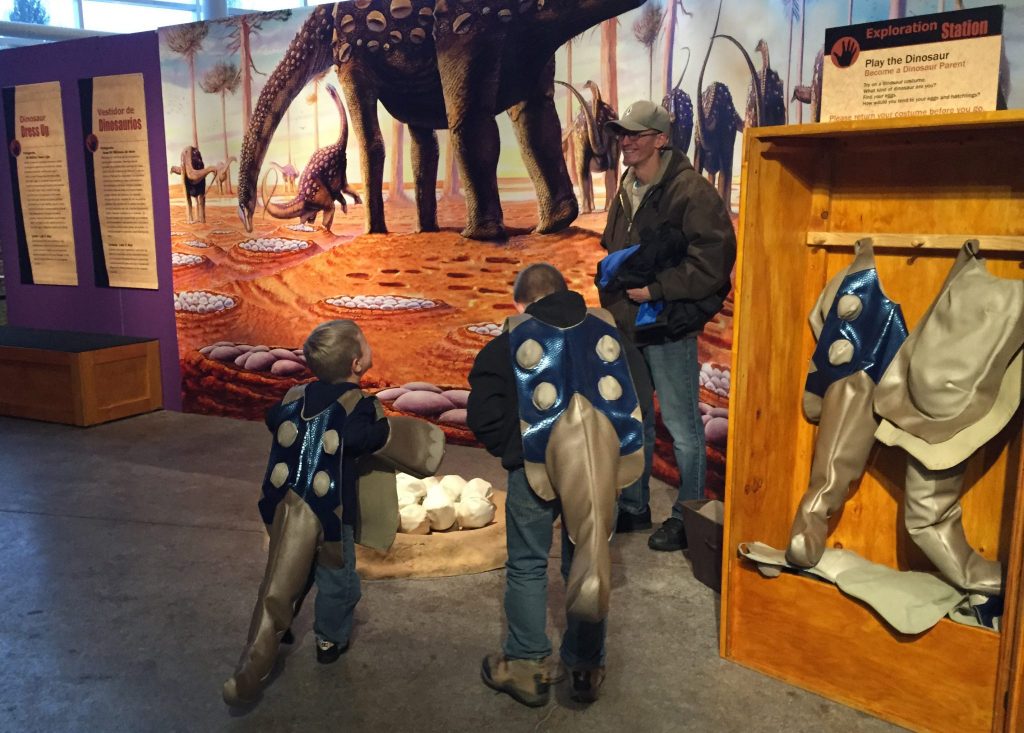 Step into the past and explore the exhibit while dressed up as your favorite dinosaurs! ©Photo courtesy of Silver Plume Exhibitions 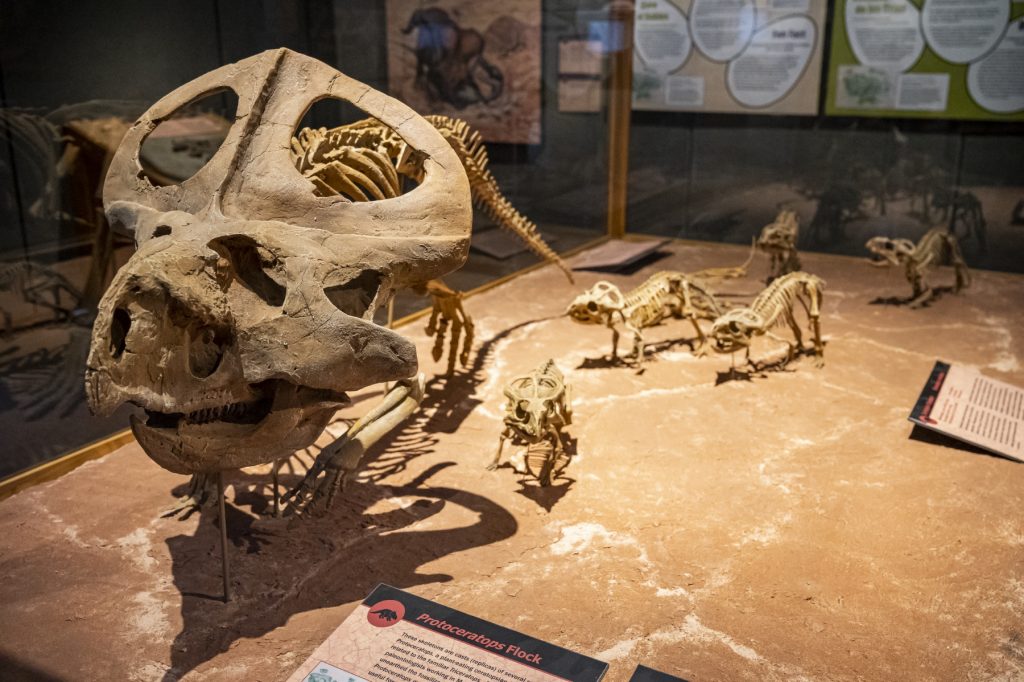 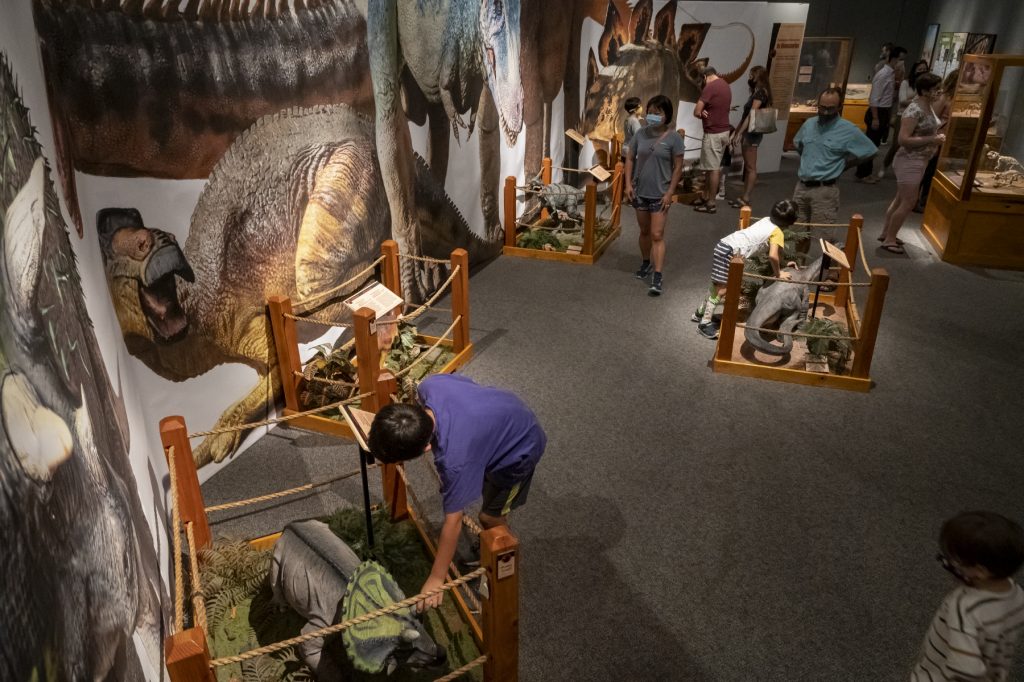 Guests can get a feel for the past with a “petting zoo” featuring five baby dinosaur species with their full-size parents looking on. Dinosaurs on display are a Stegosaurus, Apatosaurus, Maiasaura, Triceratops and Tyrannosaurus rex. ©Florida Museum/Kristen Grace 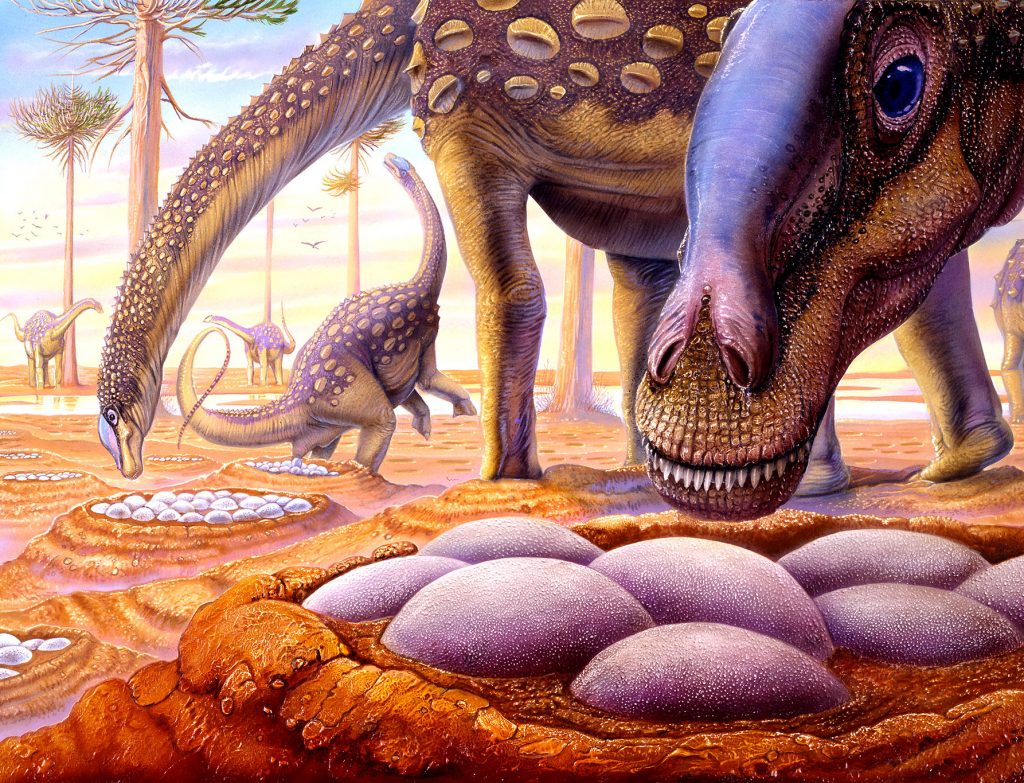 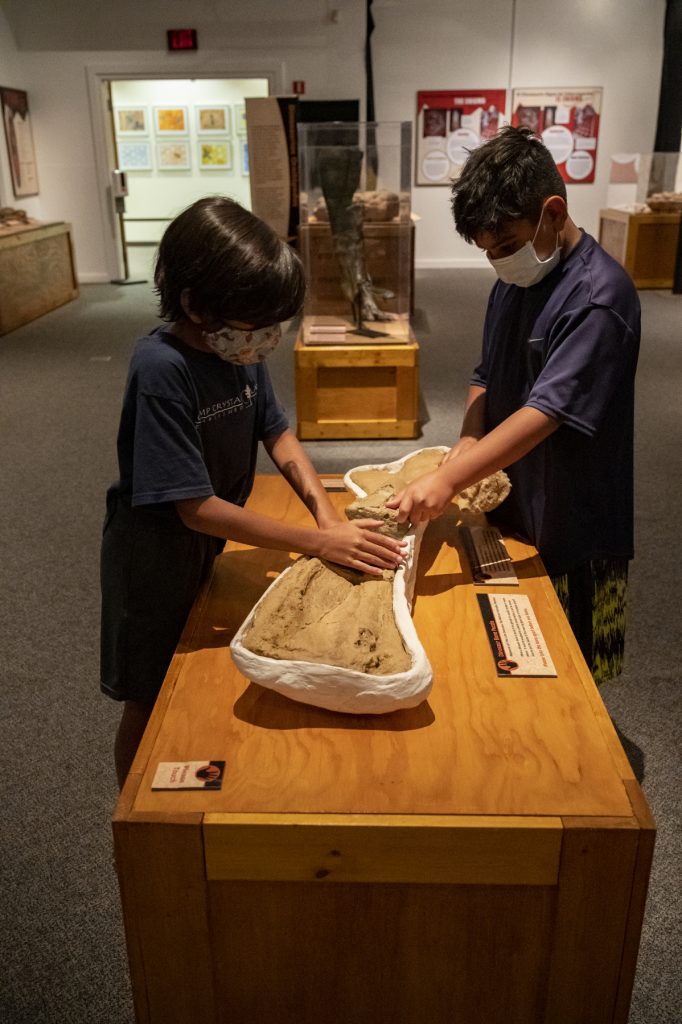 This remarkable hands-on exhibit includes a collection of dinosaur eggs and nests from all over the world. ©Florida Museum/Kristen Grace

Authentic Fossils:
See and touch real dinosaur eggs, nests and skeletons from all over the world! Check out a bowling ball-sized titanosaur egg, a cluster laid by a duck-billed herbivorous dinosaur and even the longest dinosaur eggs ever discovered!

Prehistoric Petting Zoo and Dino Dress-Up:
Assemble Build-A-Bone puzzles, meet five baby dinosaur species in the “petting zoo” and enter the Jurassic Period Playland for an interactive educational experience. Visitors can also dress up as dinosaurs and take pictures with a reconstructed nest.

Hatchlings:
Learn about “Baby Louie,” the first articulated theropod dinosaur hatchling ever found. Realistic models showcase the nearly complete Oviraptor skeleton and tell the incredible story of its discovery and how it got its name.

Tiny Titans: Dinosaur Eggs and Babies is distributed by Silver Plume Exhibitions and sponsored in part by Visit Gainesville/Alachua County, University of Florida Student Government and the Florida Division of Arts and Culture.