Our Changing Climate: Past and Present

This exhibition highlights research on climate change over Earth’s history. It was first displayed in 2015 and has been brought back to mark the release of the first part of the Intergovernmental Panel on Climate Change’s Sixth Assessment Report, which addresses the most up-to-date climate change science, potential risks and options for our future.

Since the exhibit’s first debut, we have seen numerous unprecedented climate disasters worldwide. Discover what 70 million years of evidence reveals about our dynamic climate, including today’s rapid rate of change. Explore a natural history climate timeline to see when some of the most fascinating events occurred, including the age of dinosaurs, the first arrival of humans and time periods of great civilizations. 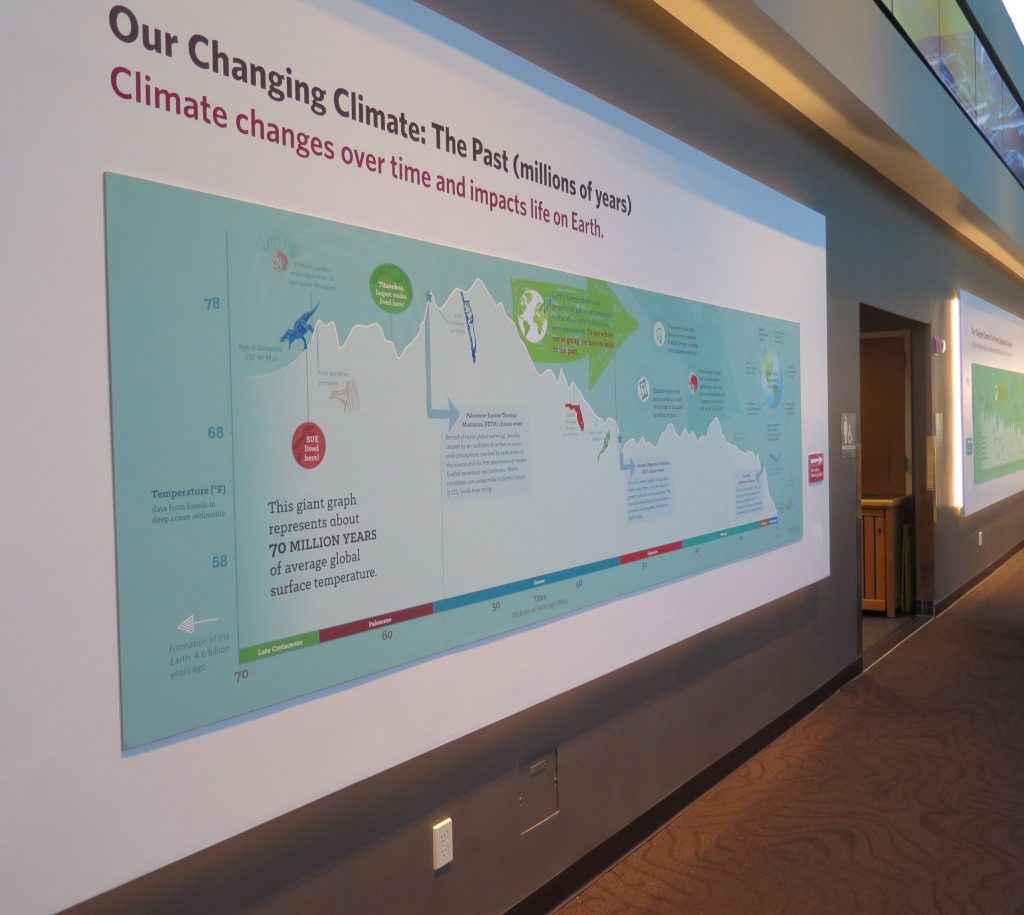 The timeline guides visitors through history to see where dinosaurs, ancient civilizations and more fit into the Earth’s climate record. ©Florida Museum/Tina Choe 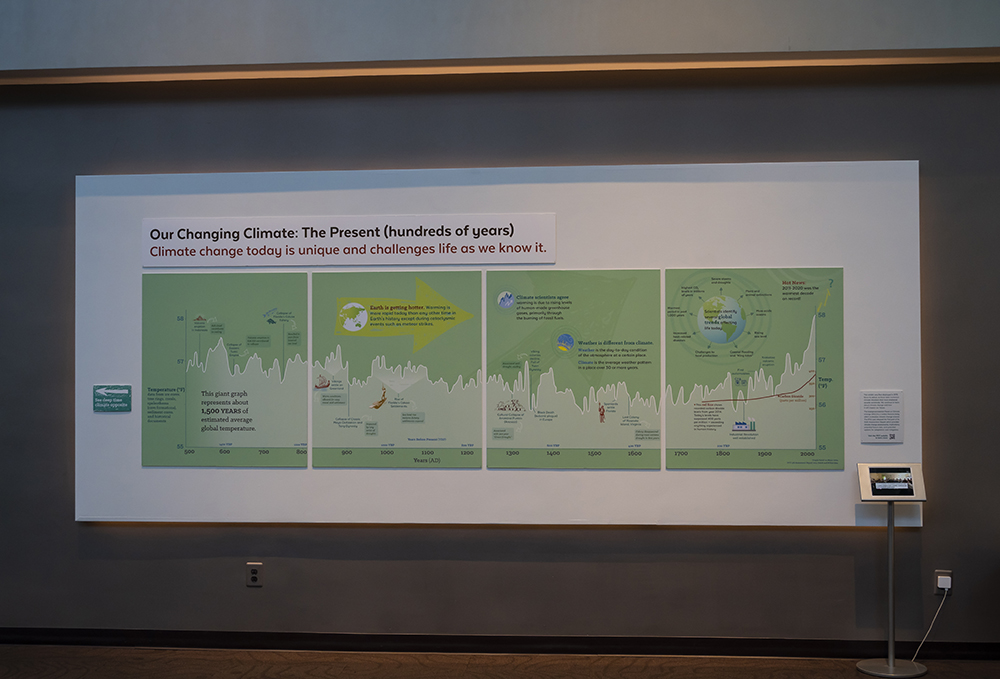 The gallery was originally launched in 2015 and has been reestablished to honor the release of the first part of the Intergovernmental Panel on Climate Change’s Sixth Assessment Report. An iPad displays the full report. ©Florida Museum/Jeff Gage

Special thanks to our collaborators: the University of Florida Department of Geological Sciences; the Florida Museum divisions of Anthropology, Mammalogy, and Vertebrate Paleontology; and the University of New Hampshire Complex Systems Research Center.