The Io moth, Automeris io, is widespread in a great deal of eastern North America, and despite its diminishing population, is still one of the most recognized moths in its range.

They have the distinct eye spots that most moths in the genus Automeris sport on their hindwings, and while the male is usually a showy yellow color with feathery antennae, the female is a more subdued rust color with simpler antennae.

Adult Io moths can grow to about 2.5 to 3.5 inches wide with wings spread, and live one to two weeks. They are nocturnal, preferring to fly during the first few hours after sunset. And like most moths in the Saturniidae family, they do not have functional mouths, so they don’t eat during their short adult stage.

The larvae are covered with venomous spines to protect them throughout their growth stages. Caterpillar venom is still being studied to understand its composition and characterization. 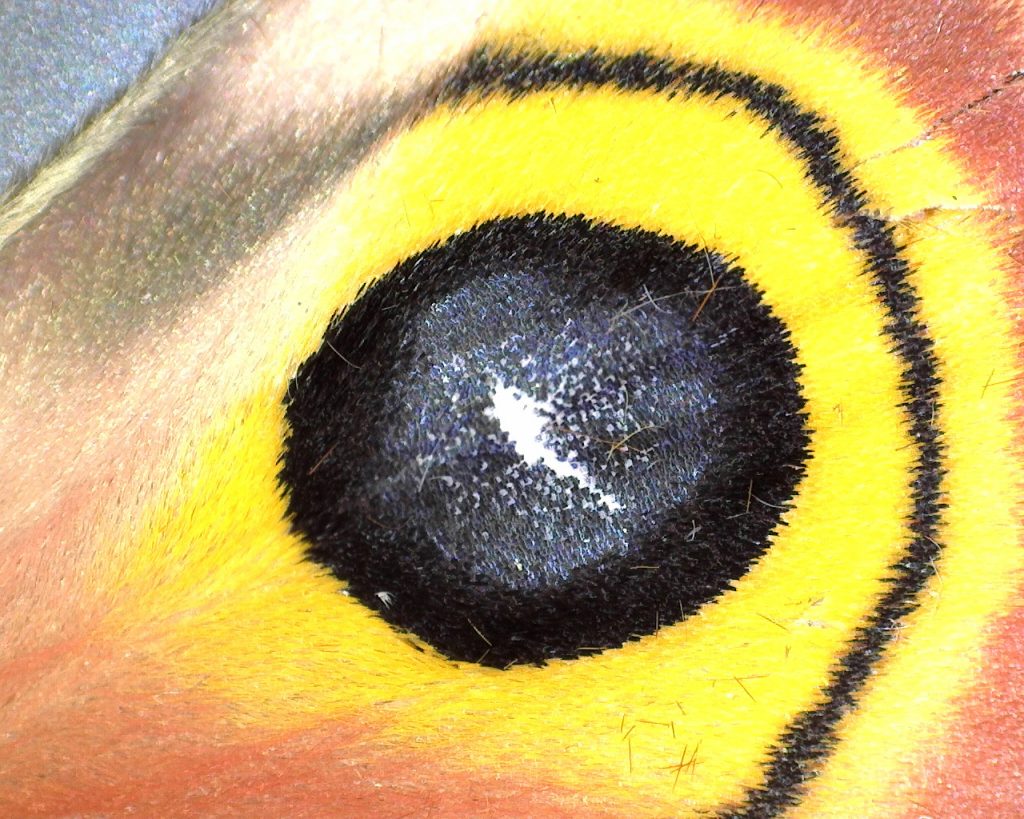 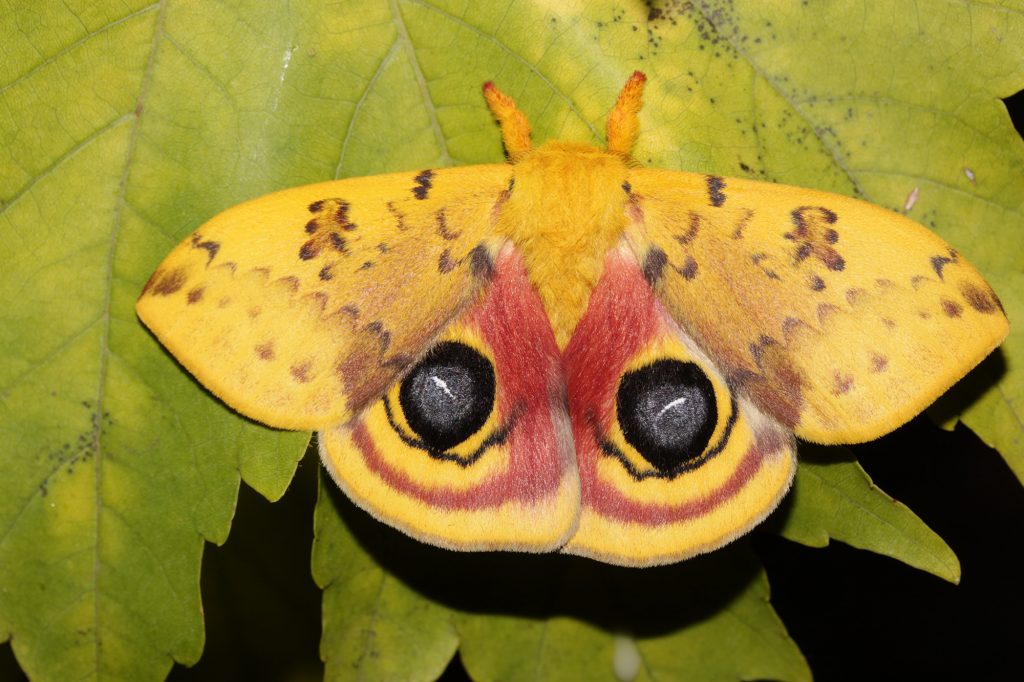 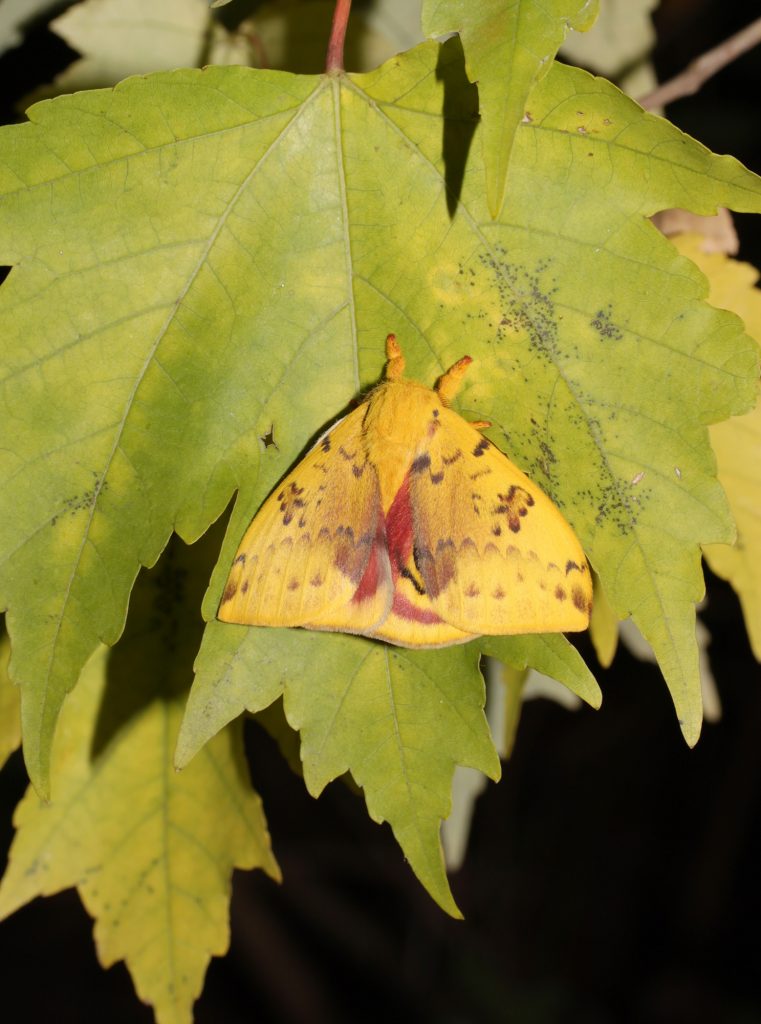 McGuire Center for Lepidoptera & Biodiversity at the Florida Museum.