Turtles Take a Hit From Dorian

Lost In The Wash

Hurricane season impacted the green sea turtle population as the effects of Dorian were felt along Florida’s Atlantic coast. 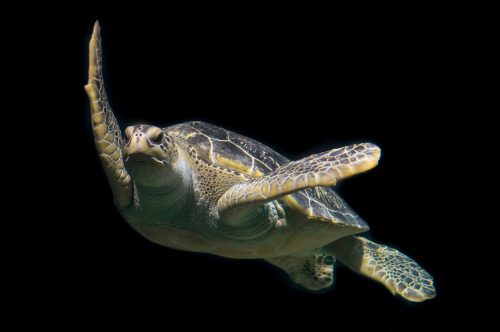 The Brevard Zoo rescued 20 green turtles that hatched prematurely, bringing the total number of rescues since summer to 250.

The nests were disturbed by Dorian, whose storm surge washed out more than 8,000 sea turtle nests in the Brevard County. WUSF reports that while an estimated 20% of loggerhead nests and 45% of green turtle nests were washed away, researchers are still optimistic.

All five species of sea turtle that nest in Florida are either endangered or threatened.

Dorian’s path ultimately turned away from Florida, resulting in losses that while substantial, were far from catastrophic. Most leatherback and loggerhead nests had already hatched when Dorian threatened.

Sightings of green turtle hatchlings and female adults returning to lay eggs after the storm are also signs of hope for the endangered species.