How Can We Monitor Mass Migrations Globally and Conserve Biodiversity into the Future?

Research shows that climate change is resulting in mass migrations of plant and animal species across the globe. These migrations will create new ecosystems and impact public health, global food supply and human well being.

Take for example mosquitoes. As mosquitoes continue to migrate toward the Earth’s poles due to climate change, they will put more people at risk of malaria. Many communities who have not dealt with the disease lack immunity, which challenges local health systems and diverts public money away from other uses.  A review summary by University of Tasmania marine ecologist Gretta Pecl and colleagues examines other examples of how climate-related species migration will affect human society and the economy.

A recent perspective piece in Nature Climate Change by University of Florida researcher Brett Scheffers and Gretta Pecl advocate for increasing cross-border monitoring and management of species around the world. By doing so, the researchers hope to provide a baseline for the future conservation of all species. Before diving into to how to protect the diversity of life, let’s think about what migrations are, why they are important, and what it all means for Florida.

Species migration is common and an active part of the natural world – both in the present and the past. Significant environmental changes on Earth act as a catalysts for the movement of species. This includes natural disasters like hurricanes, but also factors that vary such as sea levels.

What is vastly different in the modern world compared to historic mass migrations is that humans now provide more opportunities for species to travel the globe. Take for example ants that hitch a ride in the ballast of ships or the illegal trade of exotic animals.

Mass migrations of wildlife can be traced over hundreds of millions of years, as seen in the fossil record. The impact of these migrations has been studied in both ocean and terrestrial environments and in vertebrates and invertebrate animals to better understand how the diversity of life has changed over long periods of time.

Let’s take a look back in time to the mass migration of land animals between North and South America, known as the Great American Biotic Interchange.  This movement of animals to South America included giant ground sloths, large extinct armadillo relatives to North America, and elephant, horse, and deer relatives. The mass migration was made possible due to the volcanic landmass that formed (today recognized as Panama) and created a bridge that allowed these large animals to physically move between the continents.

In a recent review paper, Alycia Stigall, a researcher at Ohio University and her colleagues studied seven different mass migration events in deep time that also corresponded to major shifts in biodiversity from as recent as 15,000 to 30,000 years ago to 485 to 460 million years ago. Examining large-migrations of animals in the past allows us to better understand the different ways that diversity is built up over time, providing a baseline for conservation efforts into the future.

Mass Migrations Then Vs. Now

So how do these naturally occurring migrations get altered with the rise of human populations?

The natural geographic distribution of animals is often fragmented, altered, or shifted by expanding human populations. Species are often intentionally relocated to suit our needs as humans, sometimes into areas that are outside their natural environment; these are referred to as introduced or non-native species. These non-native species can be a threat to other plant and animal life but also to human well being and economies. Read about what the International Union for Conservation of Nature is doing to combat these issues. Invasive species are also one of the top five drivers of global biodiversity loss. As non-native species enter into a new ecosystem, the native species have to react to accommodate new individuals. This means altering the amount of space they occupy and potentially changing their food and other resource requirements.

What Can Humans Do?

Most important, as noted by Scheffers and Pecl, is to develop species management agreements that are legally sound and comprehensive for migratory and non-migratory species. These management agreements can help provide continuity in conservation management, even once the species has established a new population. This involves active monitoring, data-driven conservation efforts, and transboundary agreements for species ranges that cross political boundaries.

These agreements must match the scale of climate change, meaning active global treaties will be necessary to conserve Earth’s biodiversity. The more nations involved, the longer it takes for the treaties to be implemented. In order to ensure high conservation success, global policy leaders must act now.

What Does This Mean For Florida?

Florida is in a unique position to feel many impacts of climate change almost immediately.

Located in either in a tropical or subtropical zone, Florida’s wildlife is abundant and diverse. As temperatures continue to rise, we should expect to see the species that have traditionally been restricted to the tropics pushing northward and displacing native species.

With Florida’s long coastline, mass migrations of marine organisms will change the diversity and abundance of fish, clams, and other marine species — which could wildly disrupt our state’s marine-based economy. Direct monitoring of these affected species will help establish a baseline for how rapid these changes may occur in the near future.

As Floridians, we should stay informed through the news and scientific publications. It’s also important to stay in communication with your legislators so they know you are watching their policy decisions and whether or not they advocate for your best interests.

“Places that are tropical and stable, regions that have similar climate year-round, will likely be impacted the most by invasive species,” Stigall explained to the Geological Society of America. “By turning to the fossil record, researchers can examine immense amounts of biological and climate data to make informed decisions about the future of our ecosystems.” 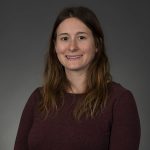