We’ve curated a list of this month’s environmental success stories in Florida: 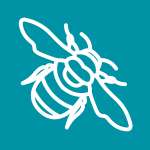 A new app hopes to change that, with guides on how to transform your lawn into the wildflowers that threatened pollinators rely on to survive. The University of Central Florida researchers who developed the app say that it won’t just make your yard more beautiful; an interactive game will also provide important data to scientists while giving endangered bees, butterflies and other pollinators “a place to thrive.” 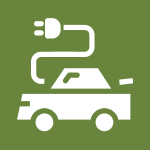 Florida has been boosting its investment in clean energy in recent years. The state has the third most electric charging stations in the U.S., behind only California and New York. A new law signed by Gov. DeSantis on June 9 requires that state officials develop plans to construct even more charging stations by next year as part of the Florida Electric Vehicle Roadmap. This focus on electric vehicles comes as an effort to move away from fossil fuels and reduce emissions in a state vulnerable to the effects of climate change. 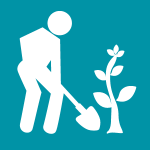 When Hurricane Michael hit the panhandle in 2018, it destroyed forests that housed the rare longleaf pine. Nearly two years later, however, there is hope for new life in the longleaf pine forests decimated by the storm. The Florida State Parks Department announced that its Earth Day “Plant a Pine” campaign raised enough funds to plant more than 20,000 new seedlings. The campaign’s new goal is to be able to plant five times that by next Earth Day. 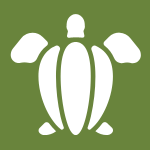 The Turtle Hospital in Marathon Key released a rare hawksbill-green sea turtle hybrid in Marathon after it was rescued last year. The turtle, which suffered from the tumor-causing disease fibropapillomatosis, was rehabilitated for nearly a year. It will now be monitored via satellite as part of the Sea Turtle Conservancy’s Tour de Turtles, an online program that tracks migration and aims to educate and raises awareness about sea turtles and the threats they face.