With more than 9.7 million acres of farmland in the state, agriculture is a big deal in Florida. And because agriculture is inextricably linked with Florida’s natural resources, state representatives often put forth bills that aim to balance production with environmental conservation – a task that isn’t always easy.

Here’s what this year’s agricultural-focused legislation is all about: 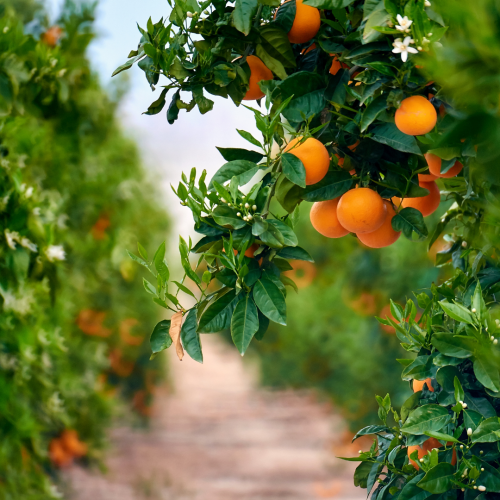 For years, Florida oranges have been threatened by citrus greening, a bacterial disease that slowly suffocates trees and causes them to bear small and unpalatable fruit. This year’s crop is predicted to be the smallest since 1945. However, researchers, including those at the University of Florida Citrus Research and Education Center, are attempting to develop a solution that would mitigate and prevent citrus greening.

Lauren Diepenbrock of the UF Institute of Food and Agricultural Sciences Citrus Research and Education Center told ABC News, “pretty much every grove has it. Almost every tree has it. It’s just a question of how far along it is, and what we can do to keep those trees healthy.” Researchers are working both to treat sick trees, and to create new tree varieties that are resistant to citrus greening.

In the wake of the dire state of Florida citrus, Florida State Sen. Danny Burgess (R) and the Department of Community Affairs have proposed SB 1002 to establish a “Citrus Recovery Act.” HB 1097, introduced by the State Affairs Committee and Florida State Rep. Colleen Burton (R) would do the same. The new bills would require that any new varieties of greening resistant fruit from state-funded research be available for commercialization to the Department of Citrus.

The bills would also expand the Florida Citrus Commission. According to a staff analysis, “The bill revises the membership and qualifications of the commission” and, “requires one grower member to be appointed from each of the designated citrus districts.”

UPDATE: SB 1002 was laid on table, meaning it was set aside and died at the end of the session — however, its contents were substituted by HB 1097, which was enrolled, meaning it has been approved by both the House and Senate and sent to the Governor for approval. 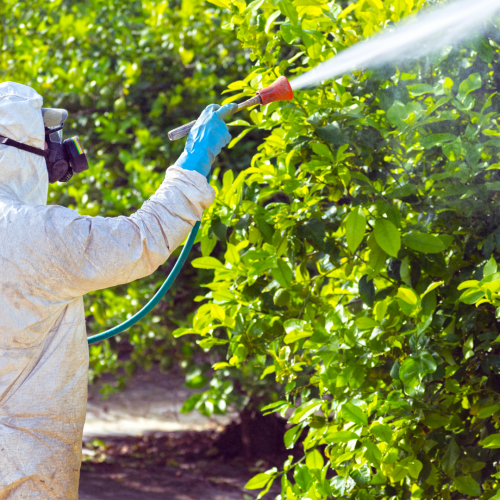 SB 1210 introduced by Florida State Sen. Ben Albritton (R) would give the Secretary of Environmental Protection “exclusive jurisdiction in setting standards or procedures for agricultural decisions in the department of Environmental Protections while barring them from delegating decision making in these areas to local government entities,” according to the bill text. The Secretary would have sole authority on assessing and evaluating environmental conditions on agricultural land. HB 909 introduced by Florida State Rep. Bobby Payne (R), would do the same.

The current Secretary of Environmental Protection is Shawn Hamilton, who was appointed by Gov. DeSantis in the summer of 2021. The appointment caused controversy, as Agriculture Commissioner Nikki Fried argued that Gov. DeSantis lacked the authority to make the appointment without the approval of the state Cabinet.

UPDATE: SB 1210 was laid on table, meaning it was set aside and died at the end of the session — however, its contents were substituted by HB 909, which was enrolled, meaning it has been approved by both the House and Senate and sent to the Governor for approval. 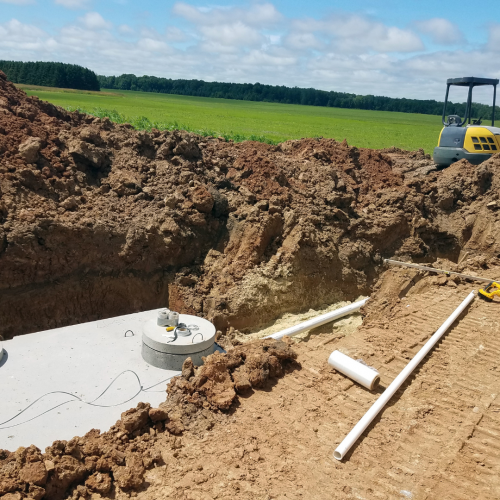 SB 904 introduced by Florida State Sen. Gary Farmer, Jr. (D), would build on the Agriculture Department’s Office of Agricultural Water Policy’s Clean Water Initiative. HB 807 introduced by Florida State Rep. Michele Rayner-Goolsby (D), would do the same. If passed, the bill would update policies that haven’t been changed in over ten years and, according to the bill text, revise “the definition of the term ‘best management practice’.”  The updates would require the Department of Agriculture and Consumer Services to make changes to the best management practices and enact other measures that would reduce the number of pollutants that enter the state’s water system. As an incentive, the bill would also establish new guidelines to provide financial assistance to producers who work on taking the corrective measures.

The bills were introduced in part as a response to several water pollution crises in Florida’s recent history, such as the Piney Point wastewater leak, and severe red tide outbreaks along Florida’s west coast – which included Tampa Bay’s worst outbreak in 50 years. The bill is also part of Florida Agriculture Commissioner Nikki Fried’s environmental legislative priorities.

“Unfortunately, toxic blue-green algae, record manatee deaths, red tide and the damage done with Piney Point, it’s clear that our state has multiple water crises that are threatening our ecosystem, our economy and our way of life,” Fried told Florida Politics.

Nutrient pollution from sources like agriculture and leaky septic systems is an increasing problem in Florida’s waterways. When nutrients such as phosphorous and nitrogen make their way into Florida waterways, they can cause issues such as fish kills, dead zones and algae blooms. One of the major contributors to nutrient pollution is fertilizer. The Piney Point Phosphate Plant stored water that was tainted by pollutants from phosphate mining – phosphate being a major component in fertilizer. According to experts, when the polluted water leaked into Tampa Bay, the increased levels of nutrients worsened algal bloom outbreaks. 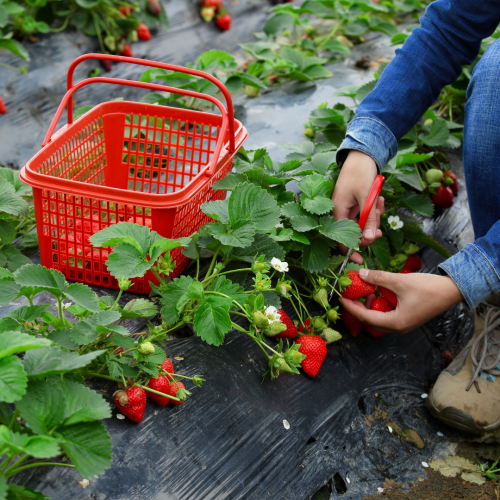 In Florida, agritourism has become an important way for medium to small-sized farms to supplement income, especially in the wake of the recent economic downturn, and competition from large, industrial farms. It is a rapidly increasing industry – according to Visit Florida, in 2015, 105 million visitors spent more than $85 billion on agritourism.

SB 1186 introduced by Florida State Sen. Ben Albritton (R) addresses the promotion for and standards of agritourism, a developing form of tourism in which the general public tours agricultural sites such as farms for events, educational opportunities, you-pick fruit and vegetable buying and more. HB 717 introduced by Florida State Rep. Josie Tomkow (R) would do the same.

Farms are taxed at a lower rate than locations categorized as tourism sites. This bill will ensure that farms participating in agritourism will be taxed at the same rate as other farms even if they also offer agritourism opportunities. Taxes for farms are determined based on their “assessed value,” or, the value the land is currently generating. As long as agritourism sites are maintaining that standard, they will continue to receive a tax credit. Currently, the law does have some measures to protect agritourism farms’ tax rates, however, the new bill would set up further guidelines to help clarify their classification.

UPDATE: HB 717 was laid on table, meaning it was set aside and died at the end of the session — however, its contents were substituted by SB 1186, which was enrolled, meaning it has been approved by both the House and Senate and sent to the Governor for approval. 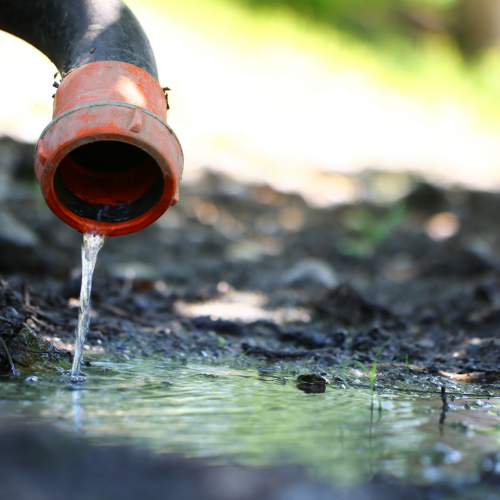 SB 1078 introduced by Florida State Sen. Travis Hutson (R),if passed, would require members of Soil and Water Conservation Districts (SWCD) to be agricultural professionals (such as farmers and ranchers). HB 783 introduced by Florida State Rep. Keith Truenow (R) would do the same. This new iteration of the bill softens the ramifications of the previous version, which had sought to abolish the SWCD entirely. According to Sen. Hutson, the decision was a response to complaints from farmers that the SWCD board had a low percentage of members from the agriculture industry. Sen. Hutson initially argued that the districts should be abolished. Their responsibilities would have been passed over to Florida’s regional Water Management Districts. However, opponents of the bill’s initial language reported that many SWCD board members in other areas did not experience the same issue.

One of the opponents, Palm Beach SWCD Board chair Rob Long, continues to be critical of the bill.

“A lot of Florida counties don’t have a ton of agriculture,” he told Florida Politics. “In a decent amount of them, these districts do a lot to educate the public on water resource management. This requirement — in some counties, I don’t know if they’d be able to find candidates for all the seats.”

The new rules would have prevented Long himself from running for his position if it had already passed. Though not an agricultural professional, Long has been lauded for his work on water quality issues and “forever chemicals” that don’t break down in water or soil. “I don’t think soil and water should be focused on state policy that doesn’t deal with soil and water,” he points out.

Some opponents are concerned that the bill is “designed to push out environmentalists and progressive activists.” Betty Jo Tompkins, executive director of the district in Hillsborough County who has taken such conservation measures as planting 20,000 trees in the last year, is one of those who feel they are being targeted.

“Roy Davis, the previous chair, had over 70 years in the horticulture business but wouldn’t qualify because he is not actively farming right now,” Tompkins told the Tallahassee Democrat. She also raises concerns about minority representation. According to Tompkins, the agricultural community has few minority members.

UPDATE: HB 783 was laid on table, meaning it was set aside and died at the end of the session — however, its contents were substituted by SB 1078, which was enrolled, meaning it has been approved by both the House and Senate and sent to the Governor for approval. 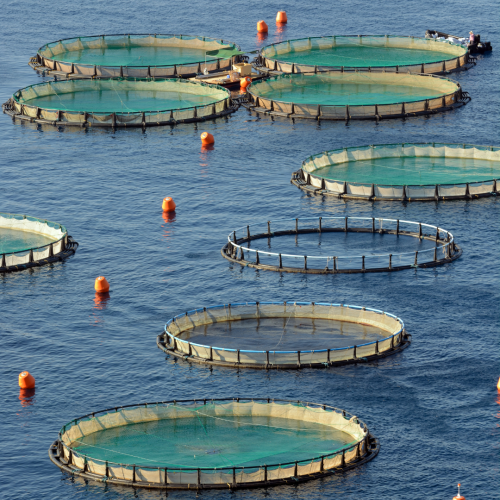 Florida allows many special legal provisions for agriculture. One of those provisions is commonly called the “Greenbelt Exemption,” which allows farmers to receive a lower property tax rate for land that they can prove is being used for commercial agriculture.

SB 404 introduced by Florida State Sen. Ana Maria Rodriguez (R), would change the way the state assesses aquaculture, which is the practice of farming marine aquatic organisms. If passed, the bill would allow aquaculture operations to be classified as agricultural operations, making them eligible for certain tax exemptions. HB 149 introduced by Florida State Rep. Kaylee Tuck (R), would do the same.

The aquaculture industry in Florida is growing and includes farming animals like clams or other shellfish that people eat. As demand for seafood grows, aquaculture has emerged as a method that is meant to protect against over-harvesting wild populations of marine organisms while still supplying a product. Aquaculture also includes growing things like baitfish for recreational anglers and farming corals and sponges to help restore natural ecosystems.

In a 2021 interview with TESI, Leslie Sturmer, a shellfish aquaculture extension specialist for the University of Florida Institute of Food and Agricultural Sciences, said the legislation is beneficial to the aquaculture industry because in the past, fish farming operations were limited in getting tax exemptions. Prior to this bill, the methodology for how to classify aquaculture under these exemptions wasn’t well defined. This bill states that “structures and equipment used in the production of aquaculture products” would be eligible for inclusion in agricultural property assessment.

But SB 404 also allows for financial flexibility for aquaculture operations.

This means, if producers would have higher taxes with an agriculture classification than without it, they would be able to request to remove it.

Aquaculture is important for small communities across Florida that depend on fisheries for jobs and food security, Sturmer said.

“It’s an environmentally friendly industry that is sustainable and produces very nutritious food items,” she said.

Opponents of fish farming say that productions that are in or near natural water bodies can add harmful waste and nutrients to the waterways. Others argue that escaped individuals could spread diseases to wild organisms and upset the balance of the food chain. 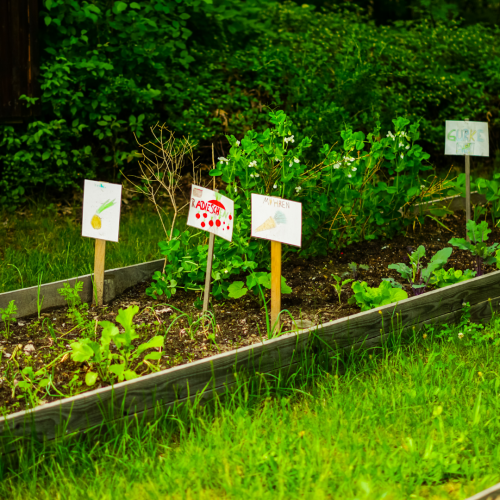 Several bills this 2022 legislative session appropriate, or set aside money for, agriculture-focused projects and initiatives across the state. They include: