These small brownish frogs are only found in a few places in Florida, but can be common in other habitats around the Southeast U.S. They have excellent camouflage for their leafy habitats, and only call after rain, so they can be difficult to find.

Small and bumpy, usually .75 to 1.5 inches long. They are usually brown to gray to reddish, often with three broken stripes down their backs and darker blotches. They also have a distinct wide dark stripe that runs from nostril and eye down along their sides.

Small and nocturnal, they are shy and hard to find. They usually only call after rainfall, and are found only in specific habitats, so they are hard to locate to study. They prefer moist, leafy areas that are not far from fresh, standing water to breed in like seasonal swamps or roadside ditches. 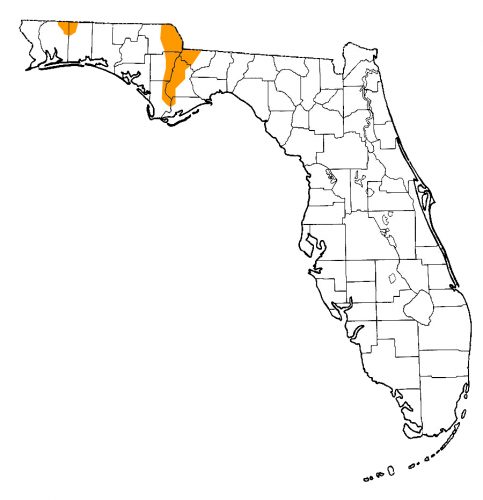 Although this frog is common in a good deal of its range, there are some areas it is considered at risk due to habitat loss from human land development. Until recently, the Upland chorus frog (Pseudacris feriarum) was defined as a sub-species of the Western chorus frog (Pseudacris triseriata), but scientists and researchers have been analyzing DNA and examining the lineage of these frogs.